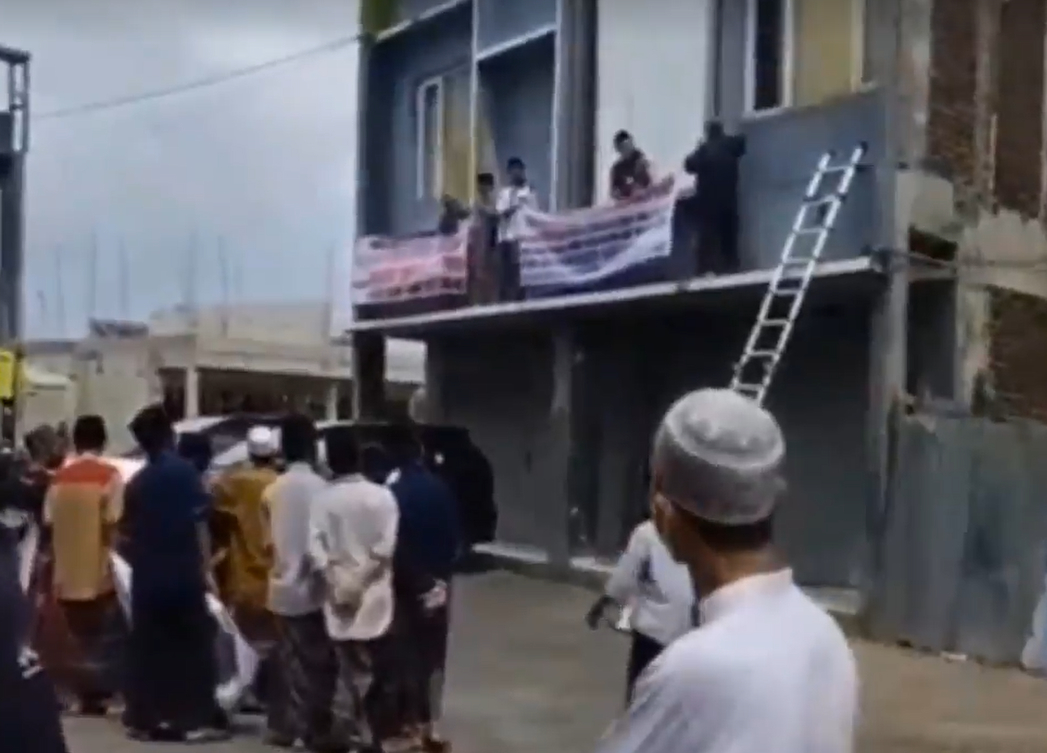 In a video that has gone viral on social media, a group of radical Muslims surrounded the church and put up a banner that read: “Stop the illegal HKBP worship plan at the Maris Square shophouse!!! Or we will act.”

HKBP Betania Rancaekek was established in April 1999. The church has struggled to obtain a building permit (IMB) from the government, a move many churches in Indonesia are familiar with. Without proper permits, churches cannot gather legally. Often, IMBs are denied without solid reasoning to prevent Christians from worshipping.

“Too often, churches in Muslim-majority Indonesia are unfairly subjected to Indonesia’s religious harmony laws, which require several conditions be met to worship legally; these conditions are often subject to the consent of reluctant Muslim majorities,” said Gina Goh, International Christian Concern’s (ICC) regional manager for Southeast Asia. “Even if they manage to obtain the necessary IMB permit, the existence of such religious harmony laws empowers activists and extremists with legal tools to disrupt the social order and create a new challenge to one’s right to worship, as local governments are unwilling to risk public unrest. If Indonesia truly honors Pancasila, the nation’s core ideology to promote pluralism, Jakarta needs to ensure that one religion cannot strip the rights of another.”

In 2015, the assembly and the committee began working on the IMB of the shophouse building in Maris Square as a place of worship. In the following years, the assembly approached residents and local authorities to receive their consent.

Their efforts yielded positive results, as 85 residents signed a letter stating they did not object and supported the conversion of shophouses into HKBP worship buildings in late 2019. The local village chief also approved the plan.

Yet, the church still faces resistance from the Camat (district leader) and the local Military District Command. They refused to sign the letter and the Camat issued a letter in January 2020 to seal the church. A hardline Islamic organization, Forkomi (previously called Islamic Defenders Front), then forcibly shut down the building so it could no longer be used for worship.

Since then, HKBP Betania Rancaekek has continued to work with government agencies to resolve their differences. While taking care of the permit issue, the church planned to worship in the building on Sunday, March 27.

But their plan was disrupted by the protesting Forkomi and hardline residents last Wednesday.

A Christian lawyer familiar with the case told ICC, “The church now plans to resume their worship after the month of Ramadan. They will consult with district leader before they send me a formal letter requesting legal assistance.”