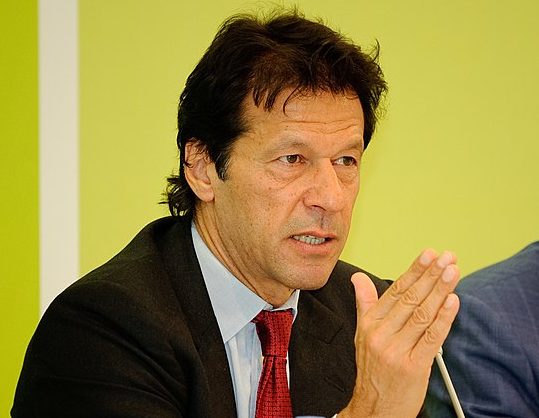 But that vote never happened. Nehemiah with FMI says, “Pakistan’s National Assembly Deputy Speaker Suri, who was chairing the session, threw out the no-confidence resolution against Prime Minister Khan before voting could take place. He called it a contradiction of Article Five of the constitution, which says loyalty to the state is the basic duty of every citizen.”

Khan claimed the motion against him stemmed from a U.S.-supported conspiracy. The U.S. State Department has issued a statement denying the claims made by Khan and his allies.

Khan dissolved parliament and called for new elections. But yesterday, Pakistan’s supreme court ruled that these actions were unconstitutional. Now, parliament must reconvene and hold the no-confidence vote on Saturday.

Uncertainty grips the country. Nehemiah says, “It’s not only political instability but constitutional turmoil, social unrest, and economic chaos as well.” In response to the crisis, the rupee dropped to a record low compared with the dollar, signaling economic trouble ahead.

Critics of Khan point to a dismal economy and aggressive political tactics as motivations to remove him. Pakistan’s military is perceived to have withdrawn its support for Khan as well.

How could this crisis affect Christians in Pakistan?

Nehemiah says the current government hasn’t supported Christian communities. But the opposition groups who call for Kahan’s removal also support Islamic law. “Life in Pakistan is particularly hard for Christians. So this is simply one more dynamic for them to deal with.”

Pray for stability in Pakistan. Ask God to comfort many with the hope of Jesus.