More than 20 million people in the Horn of Africa are at risk of starvation owing to worsening drought across several countries.

The World Food Program (WFP) reports that a lack of expected and much-needed rain could lead to famine.

The Horn of Africa – a region of eastern Africa – is already suffering from drought and has been for several months. 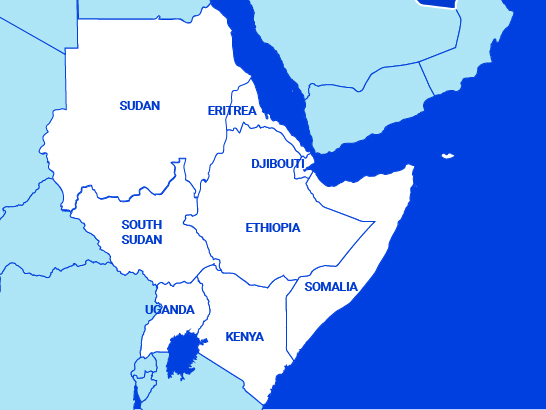 The drought has led to the destruction of crops and the death of livestock. A month into the new rainy reason, the persistent lack of rain is worsening the situation.

The WFP has increased its estimate of the numbers at risk of starvation from 14 million to 20 million.

This includes six million people in Somalia (including the self-declared Republic of Somaliland) and half a million in Kenya. Conflict in Ethiopia and Eritrea is also contributing to the unfolding humanitarian disaster.

The situation has been exacerbated by the war in Ukraine, which has limited supplies of food and fertilizers across the Middle East, Asia and Africa.

The Horn of Africa – incorporating Djibouti, Eritrea, Ethiopia and Somalia, along with Kenya and several other bordering countries – has a population estimated at more than 290 million, around half of which are thought to be Christians.

In November 2021 it was already estimated that a billion people worldwide, including 239 million across Africa, were at risk of malnutrition.

Pray for the millions of people across the Horn of Africa, especially our brothers and sisters (Galatians 6:10), who face malnutrition and starvation. Ask the Lord to send the desperately needed rain (Psalm 147:8). Pray for the success of all those seeking to alleviate hunger in this needy region of the world.