A church in the port city of Béjaïa, Algeria, has been closed with immediate effect.

The provincial governor issued an administrative closure order on March 21 that was communicated to the Aouchiche church leaders on April 6, instructing them to stop worship meetings.

The church has more than 300 members and belongs to the EPA (Église Protestante d’Algérie), the officially recognized group of Protestant churches in Algeria. 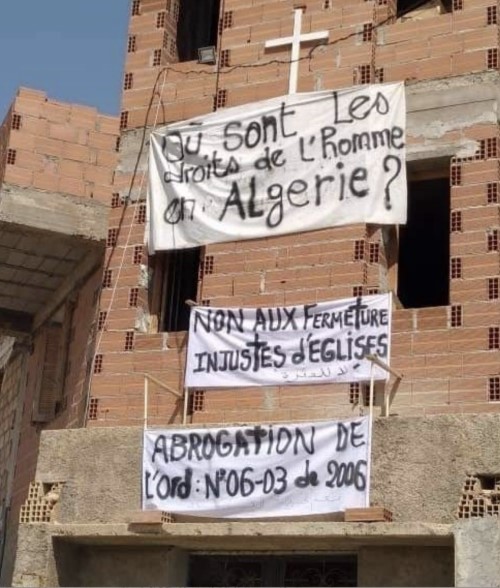 Aouchiche is the seventeenth EPA-affiliated church to be closed by the authorities since November 2017.

A 2006 ordinance stipulates that permission must be obtained before a building is used for non-Muslim worship. This law has been used regularly by authorities to close churches and seal the buildings.

Several churches have been closed under the 2006 ordinance in recent years. The licensing commission established at the time has yet to grant a single license.

On February 2 the governor of Tizi Ouzou province filed a case against the pastor of the church in Ait Atteli with the aim of closing the church.

No date for a court hearing has been scheduled yet.

Pray for Algerian church leaders to persevere in the face of increasing threats to churches. Ask that the campaign of church closures will cease, for those churches closed to be re-opened, and that Christians are able to live in peace and freedom.