A Nigerian Christian man was killed when Islamist militant gunmen kidnapped his sister and five other Christian girls from a village in the Chibok Local Government Area (LGA) of Borno State.

One of the abducted girls later told a family member in a phone call that they were being held by “hundreds” of terrorists. “These people are too many,” she added. 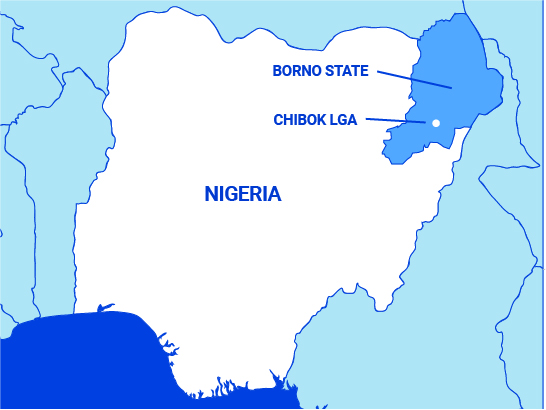 The Chibok LGA has suffered repeated attacks by Islamist militants. At the beginning of 2022 at least 24 Christians – the majority women and girls – were kidnapped and four men killed in separate assaults on three villages. Four girls were later released by their abductors.

The most notorious attack took place on April 14, 2014, when Boko Haram terrorists abducted 276 girls, mostly Christian, from a secondary school in Chibok. Around 160 girls later escaped, were rescued or released. They reported being whipped by their captors to force them into marriage, while a group of Christian girls were subjected to a mock execution for refusing to convert to Islam.

From Barnabas Aid contacts and other sources

Ask the Lord to draw close to the grieving family of Godwin Abari. Pray that the abducted girls will be released swiftly and without harm. Ask for God’s protection for residents of Chibok LGA.