At least 19 slain in two states. 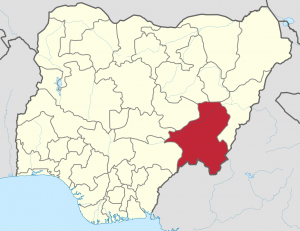 After an explosion killed the six Christians and wounded more than a dozen others at Christian-owned market where alcohol was served in Isware, Ardo Kola County, ISWAP released a statement on a telegram messaging channel asserting that it had detonated the explosive at “a gathering of infidel Christians,” according to local news reports.

ISWAP, an offshoot of Boko Haram, described its operatives as “soldiers of the caliphate in central Nigeria.”

Police spokesman Abdullahi Usman said in an April 20 statement that six persons were killed, and that more than a dozen wounded people were receiving treatment at the Federal Medical Centre, Jalingo.

Area residents said the shop is owned by a Christian, Elizabeth Danjuma.

“A loud explosion occurred at a shop owned by a Christian woman whose name is Elizabeth Danjuma,” Martins Lauje, an area Christian leader, told Morning Star News by text message. “The explosive device was thrown by a terrorist into her shop, and it exploded, killing six Christians and injuring 20 other Christians who are currently receiving treatment in hospitals.”

The Rev. Dr. Isaiah Magaji Jirapye, chairman of the Taraba state chapter of the Christian Association of Nigeria (CAN), condemned the attack in a press statement, saying the “federal government is not doing enough to win the fight against terrorism in the country as each day the terrorists keep on advancing. To this end, CAN wants the federal government to immediately adopt workable strategies against any form of terrorist organizations in the country and stop their migration, as several of them have migrated to Taraba state.”

While ISWAP has long carried out assaults in northeastern Nigeria, the Islamic extremists had not been active in Taraba until the attack, which was followed by another on April 22. An Abubakar Shekau-led faction of Boko Haram in 2016 formally aligned with the Islamic State and changed its name to Islamic State West Africa Province (ISWAP), though many Nigerians still refer to the Shekau-led faction of ISWAP by its original name, Boko Haram.

The Islamic State recognizes the ISWAP faction that broke away from Shekau as its cell in the region, according to the U.S. Commission on International Religious Freedom (USCIRF).

ISWAP also claimed responsibility for an attack on April 22 near a bar in Jailingo’s Nukkai District that wounded 11 people, including children, according to the United Nations Office for the Coordination of Humanitarian Affairs (OCHA).

“These latest incidents are a symptom of the spreading Islamist insurgencies that have been active in Nigeria’s northeast for over a decade, as IS-affiliated groups expand their operational areas,” OCHA said on its Relief Web site. “It’s a trend that warrants close monitoring within the overall patterns of Islamist insurgencies in Africa and northern Africa, as well as in the study of shifting dynamics amongst Islamist and other religious armed groups.”

Some of the slain Christians were public high school teachers at a staff housing facility of the Government Science and Technical College, Geidam, and others were staying at a Christian-owned guest house. The assailants first asked them to recite passages of the Koran, said Geidam resident Isa Adamu.

Yobe state police spokesman Dungus Abdulkareem confirmed the attack but offered few details, saying only that a retired policeman and two females were among those slain.

In Gashua, in Yobe state’s Bade County, suspected Islamic extremist militants on April 24 detonated explosives at a Christian-owned bar that killed one person and injured seven others, area residents said.

Local Council official Sanda Kara-Bade said in a statement that an Improvised Explosive Device (IED) killed one person and wounded seven others in the Abasha area of Gashua. Police authorities confirmed the fatality and injuries.

On Tuesday (April 26), military personnel reportedly arrested Muslim civilians and a soldier under suspicion of spying for ISWAP. The soldier suspected of collaborating with ISWAP in the Gashua and Geidam attacks was reported to have shot himself dead after his arrest.

“Right now, we have arrested some civilian collaborators he mentioned in his confession during the initial interrogation,” a military intelligence source told news outlet PRNigeria.com. “I can categorically tell you that other bad elements within our security apparatus are being investigated.”