Muslim relatives got court to annul their marriage. 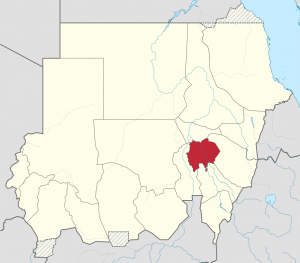 JUBA, South Sudan (Morning Star News) – A couple in Sudan could be punished with 100 lashes after being charged with “adultery” because a sharia (Islamic law) court annulled their marriage due to the husband’s conversion to Christianity, their attorney said.

Hamouda Tia Kafi, 34, and Nada Hamad Shukralah, 25, of Al Bageir, Al Jazirah state, were Muslims when they married in 2016, but when Kafi put his faith in Christ in 2018, his wife’s family sought and won a sharia court decision to dissolve their marriage, their attorney said.

The sharia court annulled the marriage on the basis of Kafi’s conversion as apostasy was a crime punishable by death at the time. In 2020, following the end of President Omar al-Bashir’s Islamist regime in 2019, Sudan decriminalized apostasy, and in 2021 Shukralah converted to Christianity and returned with their two children to her husband.

Following Shukralah’s conversion and return to her husband, her brother charged them with adultery under Article 146 of Sudan’s 1991 criminal law based on the sharia court’s annulment of their marriage, said their attorney, whose name is withheld for security reasons. Police arrested the couple on Aug. 17 and detained them for four days before they received bail.

The next hearing in their case was scheduled for May 12.

He said the couple, members of a Baptist church, are facing growing threats from hardline Muslims, in particular Shukralah’s brother.

In the case of adultery by an unmarried person, Article 146 calls for a sentence of flogging and expulsion from the area. If the convicted is married, adultery is punishable by death by stoning under Article 146.

Flogging violates the absolute prohibition against torture and other ill treatment in international human rights law, according to Amnesty International.

Following two years of advances in religious freedom in Sudan after the end of the Islamist dictatorship under Bashir in 2019, the specter of state-sponsored persecution returned with a military coup on Oct. 25, 2021.

After Bashir was ousted from 30 years of power in April 2019, the transitional civilian-military government managed to undo some sharia provisions. It outlawed the labeling of any religious group “infidels” and thus effectively rescinded apostasy laws that made leaving Islam punishable by death.

With the Oct. 25 coup, Christians in Sudan fear the return of the most repressive and harsh aspects of Islamic law. Abdalla Hamdok, who had led a transitional government as prime minister starting in September 2019, was detained under house arrest for nearly a month before he was released and reinstated in a tenuous power-sharing agreement in November.