At Least Eight Slain in Attack on Christian Area of Borno State, Nigeria

Homes burned down in assault by Islamic extremists. 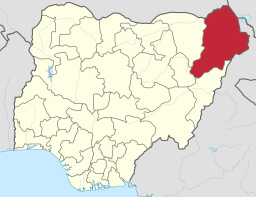 In the latest of several attacks by the Islamic extremists on Christian communities in Chibok County, Borno state, ISWAP militants stormed Kautikari town after 6 p.m., not only shooting people dead but looting properties and destroying many homes, area residents said.

Local sources told the Daily Trust newspaper that eight bodies had been recovered, that many people were still missing and that the assailants had burned down a military base.

Nkeki told Morning Star News that this was the second attack in the Chibok area in less than a month, as ISWAP terrorists on April 18 attacked Yimirmugza village, abducting six Christians.

“They shot sporadically on anyone in sight, thereby forcing all Christian residents to flee for their lives,” Nkeki said. “At the end of the attack, the terrorists killed a Christian by the name of Godwin Isa’ac and abducted six girls.”

He identified the six kidnapped girls as Christiana Fali, Rhoda Fali, Hannatu Fali and Lydia Fali, all from one family, and Asabe Sunday and Rifkatu John.

The terrorists also carted away livestock, food and valuable items, he said.

On Feb. 25, suspected ISWAP terrorists killed three Christians in an attack on Kautikari and destroyed a church building. Kautikari was also attacked in mid-January, when 24 Christian women and children were captured and taken into captivity, and a worship auditorium of a local congregation was also damaged. Three persons were said to have been killed and many houses and church buildings burned.

Chibok leaders have reported that their communities have been attacked more than 72 times since the 2014 kidnapping of 276 public high school girls in the predominantly Christian area. After eight years in which 57 girls escaped on their own and others were released, 110 of the girls remain in captivity, according a report released in late January by the Chibok Area Development Association.