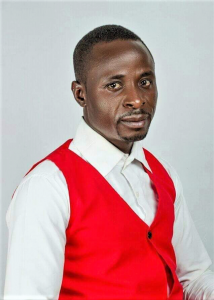 ABUJA, Nigeria (Morning Star News) – Fulani herdsmen in Nigeria killed eight Christians in Bassa county, Plateau state on Thursday (May 5), after slaughtering at least 21 others in another area of the county in April, sources said.

At least two children were among those killed in the Thursday night attack on Cinke and Zarama villages in Kwall District, Bassa County, and the herdsmen also wounded two Christians, a spokesman for the predominantly Christian, ethnic Rigwe said.

“The attack is no doubt the continuous perpetration of terror and mayhem in Rigwe land in an attempt to forcefully eject the peace-loving Rigwe people from their ancestral land, as well as complete annihilation of the entire tribe,” Davidson Malison of the Irigwe Development Association (IDA), said in a press statement. “The attacks have become a daily affair as the marauders have assumed [they are] an ‘immuned’ set of people and are feeling untouchable, daring the authorities concerned.”

The IDA is a community-based, non-governmental organization galvanizing Irigwe Christians in Plateau state toward self-reliance through community-based development.

Terming the assailants Fulani militia who carried out unprovoked killings in the two villages of Kwall District, Rigwe Chiefdom, Malison said, “This spate of wanton killings and destruction of lives and property, stealing of valuable items of the Rigwe people, has passed a condemnable level which requires a drastic decision and action.”

He said a number of houses were destroyed and valuables stolen by herdsmen working with Muslim terrorists believed to be members of Boko Haram or its offshoot, the Islamic State West Africa Province (ISWAP).

“It’s no doubt that the system has to a large extent failed to stop unleashing of carnage because of the kid-gloves treatment channeled on the entire issue rather than calling a dog by its name and having it dealt with accordingly,” Malison said. “We are yet again thrown into a deep mourning mood and painfully and sadly commiserate with the entire Rigwe people.”

Malison said IDA’s national leaders pray for the repose of the faithful, departed souls and encourage the Rigwe “to be security-conscious and alert.”

Attacks on seven villages in Miango District of Bassa County in April killed at least 21 Christians and wounded 30 others, and Fulani herdsmen also destroyed a church building, Malison reported.

The herdsmen shot three Christians to death in a midnight attack on April 28 on Rikwe Chongu village, wounded one other and burned down dozens of homes, Malison said. He identified the slain as Markus Audu, 41; Yah Hwenke, 42; and Amus Kanga, 61.

Area resident Jacob Maigida said another predominantly Christian community, Kamaru Miango near the boundary between Plateau and Kaduna states, was attacked on the same night. A spokesman for the the Special Military Task Force’s Operation Safe Haven (OPSH), confirmed the herdsmen attacks in a statement.

“Our troops deployed to the community, repelled the attack and in the process OPSH lost a soldier,” said Maj. Ishaku Takwa. “Two other civilians died as a result of the attack as well.”

On April 19, Fulani militia at a site known as Twin Hills along the Jos-Miango route ambushed and killed two Christians at about 9 p.m. in a failed assassination attempt on a Member of Parliament in the National Assembly for the Jos North/Bassa Federal Constituency, Musa Agah Avia, his wife and two children, aides and associates, Malison said in a statement.

“Regrettably, two people on a bike who were ahead of the Hon. Member’s convoy first encountered the ambush and were senselessly and inhumanely killed by the marauders,” Malison said.

Another Christian was killed by the herdsmen at La’ake village, also in the area, on the same evening, he said. Malison said he was taken to a hospital, where he died from his injuries. He identified the three Christians killed that night as Timothy Weyi, Naomi Bitrus and Zere Abba.

Malison described the attacks as “a sign that terrorists, hoodlums and criminal elements are gradually taking over the nation and her territories. To say a federal lawmaker is ambushed means that the Nigerian state has turned to anarchy and completely a failed nation.”

Local resident Danjuma Auta said it was not the first herdsmen attack in the area, and that within two months the Irigwe have lost 17 people to attacks on their homes or farms.

“Today in Irigweland, three Christians were laid to rest; they did not die naturally but were gruesomely murdered by enemies of the land well known by government,” Auta said. “The killings which have been on since the beginning of the year non-stop, have drawn little or no attention from either the state or federal government.”

In the first week of April, Fulani herdsmen carried out two other attacks. In predominantly Christian Ariri village in Miango District, herdsmen killed three Christians and burned down a church building and 25 houses at about 1:30 a.m. on April 6.

Robert Ashi Dodo, president of the IDA, said in a statement that the Christians in Ariri were attacked as they slept in their homes. The attack was the sixth in a month, he said.

On April 2 in Chando Zerecci village, also in Miango District, 10 Christians were killed and 19 others wounded in an attack at about 8 p.m. by Fulani herdsmen, said area resident Lawrence Zango in a text message to Morning Star News.