Two of the 276 school girls who were abducted by Boko Haram in 2014 have completed their masters degrees in the United States.

Lydia Pogu and Joy Bishara were among 57 girls who escaped their Islamist captors by jumping from a moving truck shortly after being kidnapped.

Lydia completed a masters in Human Services Administration, and Joy a masters in Social Work, at Southeastern University in Lakeland, Florida. 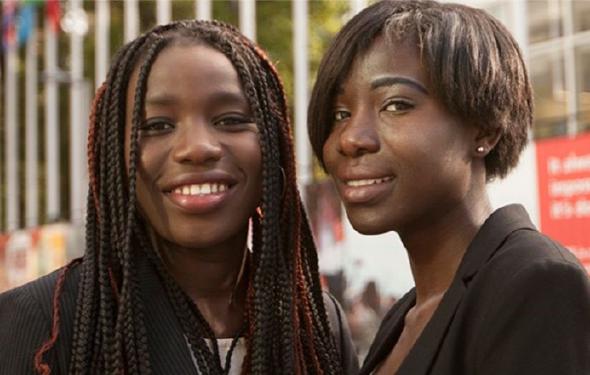 Joy Bishara, left, and Lydia Pogu were told by their Boko Haram captors that education for women was forbidden [Image credit: Assemblies of God USA]

Both Lydia and Joy, who are cousins, received scholarships from Southeastern in 2017, and completed their undergraduate degrees in 2021.

“Boko Haram told us that school is a taboo for women and warned us that if we go back to school, they will come for us,” said Lydia.

She added, “I thought all my dreams had changed, but God had a different plan for me.”

Lydia plans to become a human rights lawyer, while Joy hopes to start a community support agency in Chibok to, she says, “take in those who have been injured in a violent relationship, have been attacked by the Boko Haram, lost their property, lost their food."

Southeastern University, founded in 1935, is “a Christ-centered institution of higher learning. We are committed to providing a Christian college education designed to equip the next generation to go into the world as influential servant leaders in their careers and their communities.”

On April 14, 2014, Islamist extremists abducted 276 girls, mostly Christian, from a secondary school in Chibok, north-east Nigeria. Around 160 of the girls have subsequently escaped, been rescued or released. Girls reported being whipped by their captors to force them into marriage, while a group of Christian girls experienced a mock execution for refusing to convert to Islam.

Give thanks for the success of Lydia and Joy, and pray that they will use their skills to help others and serve God as they desire to do. Pray for more than 100 Chibok schoolgirls who have not returned home, and for their families who also continue to suffer.