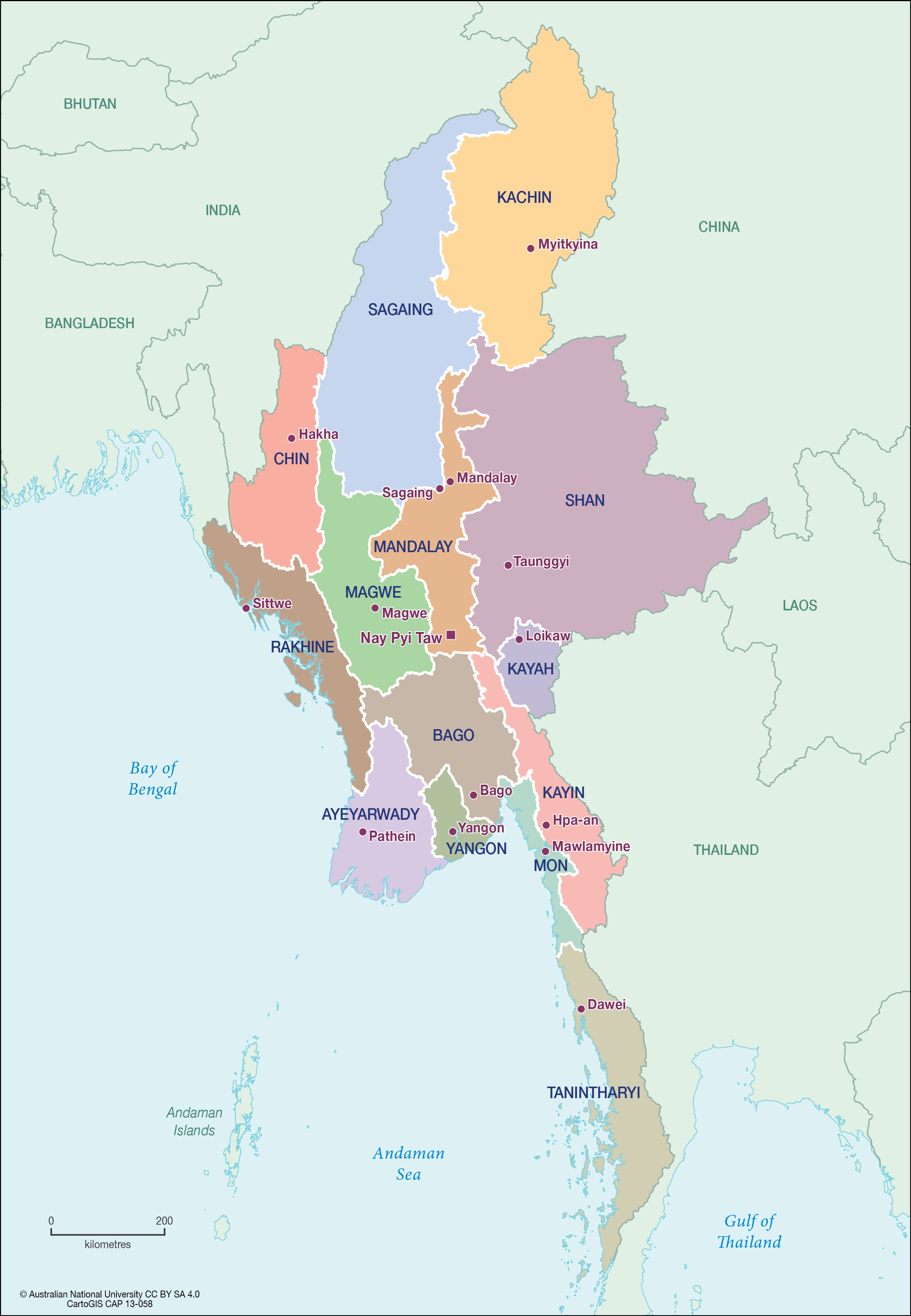 After Burma's military seized power in a coup in February 2021, masses of anti-coup protesters took to the streets. As the junta unleashed a brutal crackdown, many ethnic Burman, Buddhist political leaders, dissidents and defectors fled from the Burman-Buddhist centre to the ethnic states on the country's periphery where they found protection under the wings of the mostly Christian and Christian-led ethnic armed organisations (EAOs) [see RLPB 587, 2 March 2021]. Within weeks, the Religious Liberty Prayer Bulletin was warning that a Christian crisis loomed as the conflict's front-line moved outwards from the Burman-Buddhist centre to the ethnic-religious minority periphery [RLPB 590, Christian Crisis Looms, 24 March 2021].

Over the course of 2021, the mostly Christian and Christian-led EAOs - specifically those of the Karen (in the east, bordering Thailand), the Kachin (in the north, bordering China) and the Chin (in the West, bordering India) - have become crucial to the resistance. These EAOs have trained, armed, co-led, supported and sheltered Burmese People's Defence Force (PDF) paramilitaries in the nation-wide fight against the junta. The UN reports (30 April): 'As of 25 April 2022, 578,200 people were displaced nationally since the 1 February 2021 military takeover', bringing the total number of IDPs in Burma to over 925,000. This year, 2022, the junta has escalated its attacks in the north-west and south-east.

In Burma's north-west - specifically Chin State and Sagaing and Magwe Regions - some 327,400 people are displaced, while some 34,500 have crossed into India. The situation is particularly severe in Chin State, which is more than 85 percent Christian. Mountainous, long-marginalised and underdeveloped Chin State is dependent on supplies being trucked in from Sagaing and Magwe Regions. But with roads into and through Chin State cut, villages burned, banks closed, the price of fuel skyrocketing (due to the war in Ukraine), food stocks running out, and the Indian border closed (due ostensibly to COVID), a humanitarian crisis looms.

Meanwhile in Burma's south-east - specifically in Karen/Kayin and Mon States - some 186,200 mostly Christian ethnic Karen are now displaced, while some 1600 have crossed into Thailand. Fighting exploded in Karen/Kayin State in December 2021, when the Burmese military raided Lay Kay Kaw, in Myawaddy Township close to the Thai border, where they arrested dozens of dissidents in hiding, including two elected lawmakers from the National League for Democracy. Fighting subsequently spread to other parts of the state and continues with near-daily clashes. Some 12,000 ethnic Karen have been forced to flee their homes since Friday 29 April. 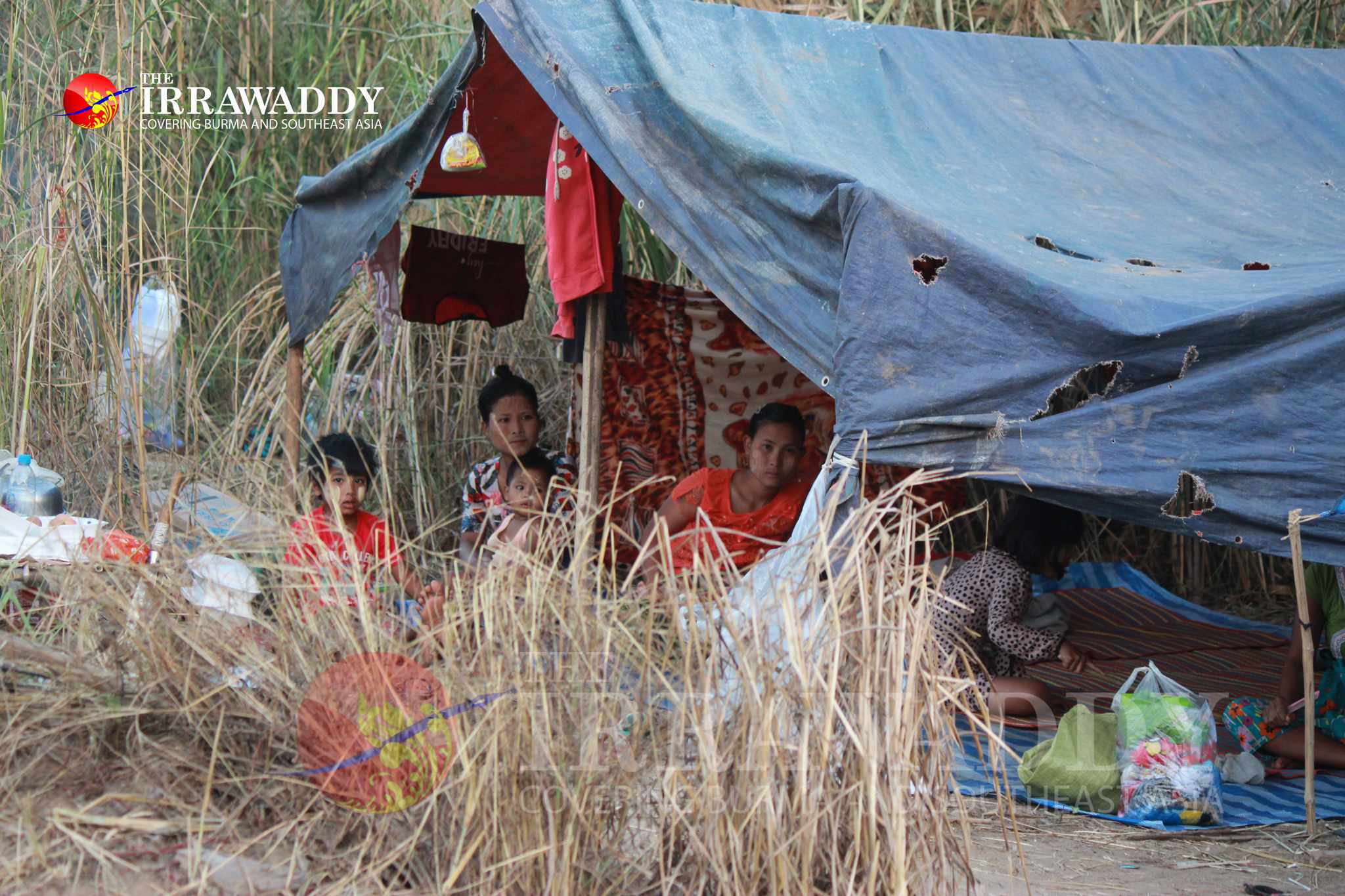 Whenever an EAO or PDF paramilitary scores a victory - killing the junta's soldiers, shelling its convoys, overrunning its bases - then the junta responds with air strikes against civilians (from helicopter gunships, fighter jets and bombers) and the torching of villages. With farmers unable to tend to their crops, food insecurity is widespread and growing. For the hundreds of thousands of civilians who are displaced, the situation is truly dire. Many - including pregnant women, new-born babies, and the elderly - are without adequate shelter, food, or medicines. They are entirely dependent on aid to survive as the Monsoon season (mid-May to late October) approaches. Advocates are calling for the creation of demilitarised zones where civilians can be safe and farming can resume, and for sanctions to be applied against companies that supply the junta with aviation fuel.

The front-line has indeed moved outwards, from the Burman-Buddhist centre to the mostly Christian periphery - including the north where attacks continue against the mostly Christian Kachin - creating a Christian crisis of phenomenal proportions. But that is not the only movement being observed. Many Burman-Buddhists have also moved - some physically, many perceptually - towards their long-persecuted, mission-focused, ethnic minority, Christian fellow citizens. The once impenetrable 'dividing wall of hostility' made of Burman-Buddhist supremacy which has long separated the ethnic-religious majority from the persecuted Christian minorities is being shattered. Burma's Burman-Buddhists may be more open to the Gospel now than ever. The battle for Burma is both physical and spiritual.