ABUJA, Nigeria (Morning Star News) – A Roman Catholic priest kidnapped in early March in the city of Kaduna, in northern Nigeria, was killed around April 18-20, according to church officials. 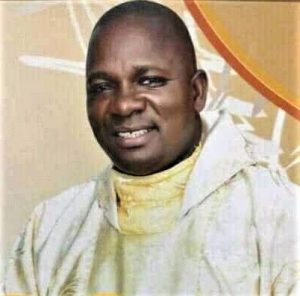 The Rev. Joseph Aketeh Bako, parish priest of St. John’s Catholic Church, was kidnapped at about 1 a.m. on March 8 from his home at the church premises in the Kudenda area of Kaduna city, Kaduna state, in a raid that killed a security guard. The Chancellor of the Archdiocese of Kaduna, Christian Okewu Emmanuel, released a statement on Wednesday (May 11) stating that the captors killed Bako, and that information about his death was withheld until investigations could verify it.

“It is with a heavy heart, but with total submission to the will of God that we announce the death of Rev. Fr. Joseph Aketeh Bako, which sad event took place in the hands of his abductors between 18-20 April 2022,” Emmanuel said.

The statement did not mention the identity of the captors, but Fulani herdsmen working along other Muslim terrorists were suspected.

The security guard killed in the kidnapping was identified only as Luka, and the assailants killed another man in the predominantly Christian area as they shot sporadically while fleeing, area residents said. A woman and two children also were reportedly abducted along with Bako in the attack in Kaduna state’s South County.