An assistant pastor and a Sunday school teacher who were abducted from a church in Ogun State, south-western Nigeria, have been released.

Assistant Pastor Oluwaseun Ajose and Dagunro Ayobami were taken by gunmen in a raid on a church service in Wasimi, a rural area of Ewekoro Local Government Area, shortly before midnight on June 13. 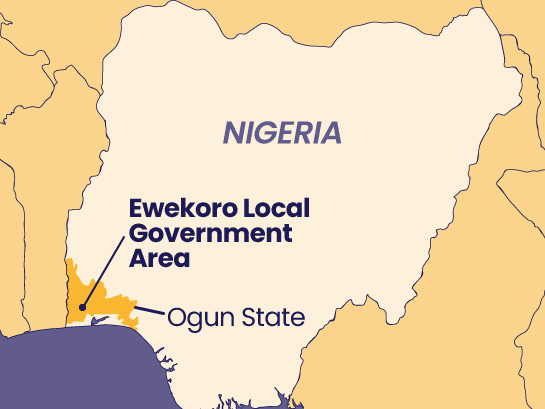 A church member, Oluwajesse Sunmade, said that four masked men armed with guns, a sword and “a big stick” beat the two men and dragged them away.

He added that the kidnappers also wanted to take him and a pregnant woman from the church, but “the pregnant woman told them that she was ill and couldn’t walk; they left her alone and I managed to escape.”

Abimbola Oyeyemi, the spokesman of Ogun State Police, warned, “People should be more vigilant because security is everybody’s business and our people are supposed to play their own part.”

“We have given a statement before now that whenever you want to have a vigil, especially when it is in an isolated place, try as much as possible to inform the direct police station close to that place so that they will be having constant patrol of the area.”

Christian-majority southern Nigeria has historically been safer than the northern and Middle Belt regions, though instability is increasing.

Ogun shares a border with Ondo State, where earlier this month at least 40 worshippers were killed as gunmen launched an armed assault against a Sunday church service.

Give thanks that Oluwaseun Ajose and Dagunro Ayobami were released unharmed. Pray that the Lord will bring security to Nigeria, and that until then the Nigerian Church will be granted wisdom in responding to the growing threat.