The raid by terrorists linked to Islamic State (IS – also known as ISIS, ISIL, Daesh) is the first in recent years in Nampula province.

IS has also claimed responsibility for the “beheading of several Christians” in raids across Nangade, Cabo Delgado province, to the north of Nampula. 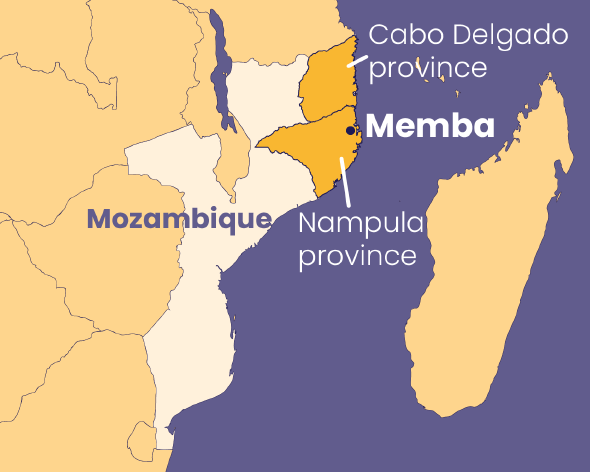 The militant Islamic State-affiliated organisation Ahlu Sunnah Wa-Jama, known locally as Al Shabaab (not the Somali-based group of the same name), effectively gained control of an area of Cabo Delgado in 2017.

The province has been termed “the Land of Fear” owing to brutal violence meted out against both Christians and moderate Muslims.

Beheading, skinning and cutting off the limbs of their victims are the group’s typical methods, with one expert commenting, “What they do to the people they capture and kill I have never seen anywhere in Africa.”

In late 2021 Mozambican, Rwandan and South African forces had started to drive the Islamists back. However, the Islamist insurgency now appears to be spreading.

In December a pastor in the Macomia district of Cabo Delgado was abducted and decapitated by Islamists, who then ordered his widow to carry the head in a sack to a district police station and report the murder.

Ask the Lord to protect His people in northern Mozambique. Pray that the terrorists will not succeed in their aims, but that there will be peace and stability for all people in the region.