Christian Family in Vietnam Forced From Their Home Village

A Christian family in Vietnam’s Nghe An province have been forced from their home village for refusing to re-convert to a local animist religion.

The family of 13 people have suffered persecution at the hands of local authorities, who on June 4 voted to expel them from their home village in Ky Son district.

The authorities confiscated their livestock, a plough, and wood intended for use in building a house, as well as cutting off electricity supplies for a week. The family home was also attacked with stones. 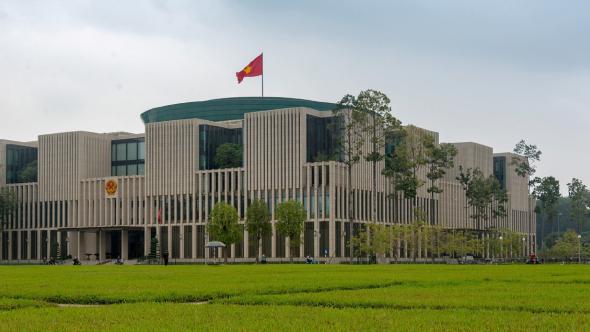 The National Assembly Building of Vietnam in the capital, Hanoi. While persecution in Vietnam comes most often from local authorities and communities, central government is usually unwilling to intervene.

The family has now sought refuge elsewhere in the country, and is requesting help from central government to resolve the ongoing issues.

In a report to the Evangelical Church of Vietnam, 26-year-old Xong Ba Thong said that he and his family – including his parents and younger siblings – converted to Christianity in 2017 after hearing evangelistic radio broadcasts.

Thong explained that in 2019 local authorities told the family that “it was against the law to follow another religion” and that doing so was damaging to “national unity.”

In response the family formally applied to join the Vietnam Evangelical Church (Northern) General Assembly, a legally recognized religious organization. Their application was approved in April 2022.

The local authorities, however, continued to pressure the family to re-convert, despite the guarantee of freedom of religion found in Vietnam’s 2018 Law on Belief and Religion.

“I read the law on belief and religion to them all and showed them all,” said Thong, “but they said the law has no effect here, has no effect in the district, this province.”

The family, which have lived in the area for generations, are from the Hmong ethnic group. Hmong believers are among ethnic-minority Christians who suffer the worst persecution in Vietnam.

Vietnam’s 2018 Law on Belief and Religion requires authorities to protect religious freedom, but bans any religious activity that could “harm social order and/or national unity.” Registration is required for religious groups and activities including preaching, teaching and publishing.

Local authorities often do not follow the legal right to freedom of religion, and central government is reluctant to intervene.

Ask the Lord to care and provide for Xong Ba Thong and the rest of this family. Pray that our brothers and sisters will be strengthened in their faith, knowing that they are suffering for the sake of their Savior Jesus Christ. Ask that all levels of government in Vietnam will put their legal commitment to religious freedom into practice.