Pakistan Sets Up Task Force to Implement Rights of Minorities

A task force is to be set up in Pakistan to oversee the implementation of the rights of minorities, Prime Minister Shehbaz Sharif announced on June 15.

The move follows a resolution on the matter passed by the National Assembly on May 9.

Sharif, who took office in April after Imran Khan was ousted, said the task force will be headed by Dr. Ramesh Kumar Vankwani, a member of the National Assembly and the patron-in-chief of the Pakistan Hindu Council. It will be made up of 23 parliamentarians, senators and ex-officio members. 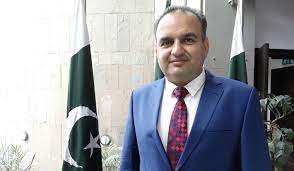 The country’s provincial governments and administrations have been instructed to support the task force in its work.

Dr. Vankwani said on Twitter that such a step had been taken “for the first time in the history of Pakistan.”

“This reflects concrete steps taken by the present government for the protection of minorities,” he added.

In another tweet, Dr. Vankwani continued, “Recommendations will be made for the solution of the problems faced by the minorities and we will take people from all the segments of the society along with us.”

The new task force has been welcomed by Christians in Pakistan. A pastor told Barnabas Aid, “I am pleased the government has taken this initiative. Let us pray it will bring positive results for Christians and other religious minorities in Pakistan.”

In 2014 the Supreme Court of Pakistan ordered that a national council of minorities’ rights be set up to examine measures to curb hate speech, implement job quotas, and promote tolerance. It also recommended the creation of a special police force to protect places of worship of minorities.

The order by former Chief Justice Tassaduq Hussain Jilani was made in the wake of the suicide bombing at All Saints Church, Peshawar in 2013 that killed more than 120 people. 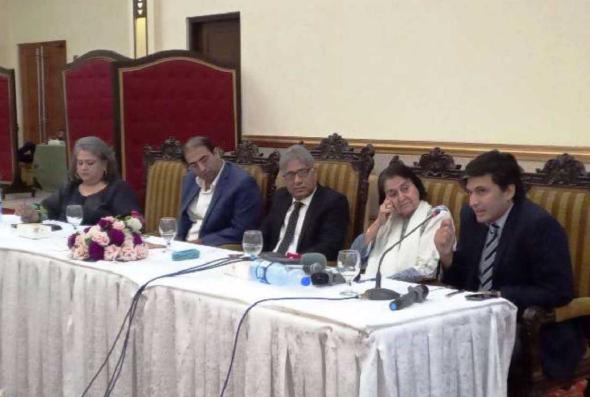 Peter Jacob, center, executive director of the Centre for Social Justice, at the press conference in Lahore on June 18 [Image credit: UCANews]

According to the Centre of Social Justice (CSJ) in Pakistan, federal and provincial governments have achieved 22 percent compliance with the Chief Justice’s ruling.

Executive director of CSJ, Peter Jacob, said that, at this rate, it would require 24 years to ensure full implementation of the judgment.

Speaking on June 18, 2022, at a press conference in Lahore to mark the eighth anniversary of the ruling, Jacob said, “A Supreme Court bench had conducted 28 follow-up hearings that passed 80 supplementary orders to the federal and provincial governments for implementation of seven original orders given in 2014.”

He cited “the lack of good governance, indifference towards human rights, non-serious practices and the plight of minorities amongst legal duty-bearers” as the main reasons for the continued failure to protect minorities.

Pray for wisdom and guidance for Dr. Vankwani and other members of the task force. Ask that their eyes and ears will be opened to the injustices, harassment and hostility suffered by Christians in Pakistan because of their faith.