Two women, who were among hundreds of schoolgirls abducted by Boko Haram from the Nigerian town of Chibok eight years ago, have been found.

Hauwa Joseph was discovered among a group of other civilians on June 12 by government troops around Bama, while Mary Dauda was found two days later outside Ngoshe village in Gwoza district, near the border with Cameroon. Each woman was carrying a baby in her arms. 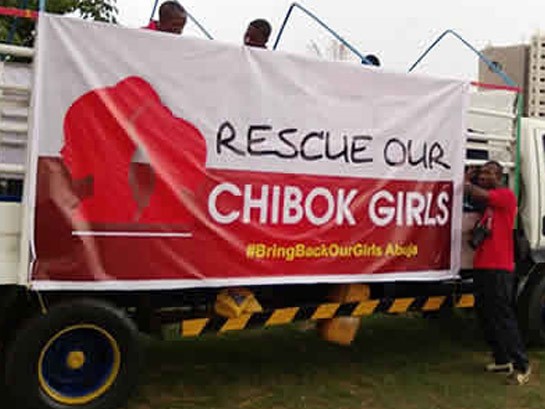 “They would starve and beat you if you refused to pray,” she added, describing life with the Islamist terrorists.

Mary revealed there were more than 20 Chibok girls still in the Islamist terrorists’ enclave in the Sambista forest when she decided to flee.

She told her husband, one of the Boko Haram fighters she was forced to marry, that she was going to visit another Chibok girl before trekking all night to Ngoshe, where she made contact with the troops.

Hauwa was nine when she was abducted. “I was married off not long ago and had this child,” she said as she cradled her 14-month-old son on her lap.

Her husband and father-in-law were killed in a military raid and she was left to fend for herself and son. “We were abandoned, no one cared to look after us,” she added. “We were not being fed.”

Boko Haram abducted 276 girls, mostly Christian, in April, 2014 from a secondary school in Chibok, north-east Nigeria. Around 160 girls have subsequently escaped, been rescued or released. Girls reported being whipped by their captors to force them into marriage, while a group of Christian girls experienced a mock execution for refusing to convert to Islam.

Ruth Ngladar Pogu was the most recent Chibok girl to be recovered. She was reunited with her parents in July 2021 after making contact with the authorities.

In May 2022, two Chibok girls who managed to escape their Islamist captors completed their master’s degrees in the United States. Cousins Lydia Pogu and Joy Bishara had both been warned by Boko Haram that education was a taboo subject for women.

Ask the Holy Spirit to heal Hauwa Joseph and Mary Dauda from the physical, spiritual and emotional trauma of their ordeal. Pray that they will be reunited with their loved ones and that their needs, and the needs of their children, will be met.