Four Sudanese Muslim-background believers have been charged with apostasy under a law previously abolished.

The charges were made in accordance with Article 126 of Sudan’s Penal Code, which forbade apostasy from Islam. The penalty for apostasy under this article was death.

Article 126, however, was abolished in 2020 as part of a package of reforms designed to uphold the principle of religious freedom. 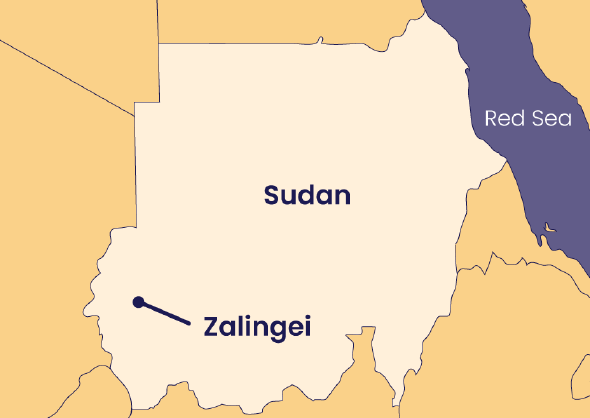 The four young men were arrested following a raid on their church in Zallingei, Darfur, on June 22, 2022. They were each questioned and beaten before being released.

The authorities also confiscated Bibles and technical equipment belonging to the church.

On June 28 the four Christian converts were called back to the police station to collect their belongings. They were each questioned further and charged with apostasy.

The men are currently in hiding while they wait for a court date. Some of their relatives’ homes and the church building have been attacked by extremists.

Article 126 stated that the offence of apostasy (riddah) is committed when a person “propagates the renunciation of Islam or publicly renounces it by explicit words or an act of definitive indication.”

The offender is then given a period to repent by the court, and – if he or she is not a recent convert to Islam and insistent on their repudiation of Islam – the death penalty will be administered. The death penalty can still be rescinded if the person repents.

This article was abolished in July 2020.

The then Justice Minister Nasredeen Abdulbari said, “We cancelled the Article 126 of the Sudanese Criminal Law and have ensured religious freedom and the equality in citizenship and rule of law.”

Abdulbari was ousted from his position as Justice Minister in an October 2021 military coup. In June 2022 the new government issued a warrant for his arrest.

Under the Islamist government of President Omar al-Bashir (who ruled from 1989 until 2019) Christians suffered fierce persecution. Abolition of the apostasy law was part of several reforms introduced by a transitional government that came to power in 2019, including formal separation of religion and state. The apparent revival of the apostasy law appears to confirm concerns that the 2021 coup would reverse these reforms and restore persecution of Christians and other non-Muslims.

Pray for our brothers in Sudan, that they will remain firm in their Christian faith regardless of what is done to them. Ask that justice will be done for them, and that they will not have to face punishment for leaving Islam. Pray for their safety, and that of their families and the church.