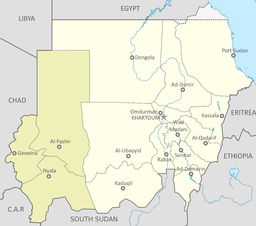 JUBA, South Sudan (Morning Star News) – A court in Sudan on Sept. 8 dismissed apostasy charges against four Christians who were threatened with the death penalty unless they recanted, sources said.

Judge Ibrahim Hamza dismissed the apostasy charges against the Christians in Central Darfur state, stating that apostasy is no longer a crime in Sudan, their attorney said.

Initially arrested on June 24 in Zalingei, Central Darfur, the four converts from Islam had been subjected to degrading treatment while questioned, according to Christian Solidarity Worldwide (CSW). They were released that day but re-arrested on June 28.

“On July 3 the men were brought before the prosecutor, who told them they would face the death penalty if they did not renounce their Christian faith and agree not to pray, share their faith or participate in any activities that would identify them as Christians,” CSW stated. “The men refused and were charged with apostasy.”

They were arrested on apostasy charges under Article 126 of Sudan’s 1991 criminal code – which was nullified in 2020. In July 2020 the transitional government that took effect in September 2019 decriminalized apostasy, which had been punishable by death. Sudan’s 2020 Fundamental Rights and Freedoms Act prohibits the labeling of any group as “infidels” (takfir), according to the U.S. Commission on International Religious Freedom (USCIRF).

The church the four Christians had formed was authorized by Sudan’s Ministry of Guidance and Religious Endowments during the transitional period, but it has closed due to threats and attacks by area Muslim extremists, according to CSW. Three other churches have closed in Zalingei this year due to an increase in threats and violence, the group reported.

Since the military coup of Oct. 25, 2021, officials have threatened church leaders living in camps for Internally Displaced Persons (IDPs), telling them they would be charged with apostasy if they continued to meet for prayer, CSW reported.

“When the leaders protested, citing the legal changes made under the transitional administration, they were informed that the coup had changed the legal situation,” CSW stated.

The 2020 Act also repealed other Islamic-based articles of the 1991 criminal code, including public flogging as a punishment and prohibitions against drinking alcohol. Although Sudan has taken some steps to reform laws that violate religious rights, most current statutes are still based on Islamic law, Christian leaders say.

Following two years of advances in religious freedom in Sudan after the end of the Islamist dictatorship under Omar al-Bashir in 2019, the specter of state-sponsored persecution returned with the military coup of Oct. 25, 2021.

After Bashir was ousted from 30 years of power in April 2019, the transitional civilian-military government had managed to undo some sharia (Islamic law) provisions. It outlawed the labeling of any religious group “infidels” and thus effectively rescinded apostasy laws that made leaving Islam punishable by death.

With the Oct. 25 coup, Christians in Sudan fear the return of the most repressive and harsh aspects of Islamic law. Abdalla Hamdok, who had led a transitional government as prime minister starting in September 2019, was detained under house arrest for nearly a month before he was released and reinstated in a tenuous power-sharing agreement in November 2021.