UGANDA: PERSECUTION ESCALATES AND SPREADS
as a president loses his way.
By Elizabeth Kendal

CENTRAL REGION: Pastor Godfrey Ssemujju oversees 130 Elim Pentecostal churches in Kiboga District, north-west of Kampala, in Uganda’s Central Region. In June and July, he conducted open-air evangelistic events resulting in some 70 Muslims leaving Islam to follow Jesus Christ. Since then, fundamentalist Muslims have warned him that, unless he stops ‘converting our people to Christianity’, they will kill him. Pastor Ssemujju fears not only for his own life, but for all the Elim churches in the area. On June 26 fundamentalist Muslims demolished a church building in Rwomuriro village, Kiboga District. On 6 July Robert Bwenje (28) and Ambrose Mugisha, the Assistant Pastor of Elim Pentecostal Church in Nyamiringa village, Kiboga District, were attacked by militant Muslims after Mugisha participated in an open-air debate about Christianity and Islam. Bwenje died a few days later [see RLPB 655, Uganda: Death for Apologetics, 27 July 2022]. On 25 July Muslims killed livestock belonging to a church member. Please pray. 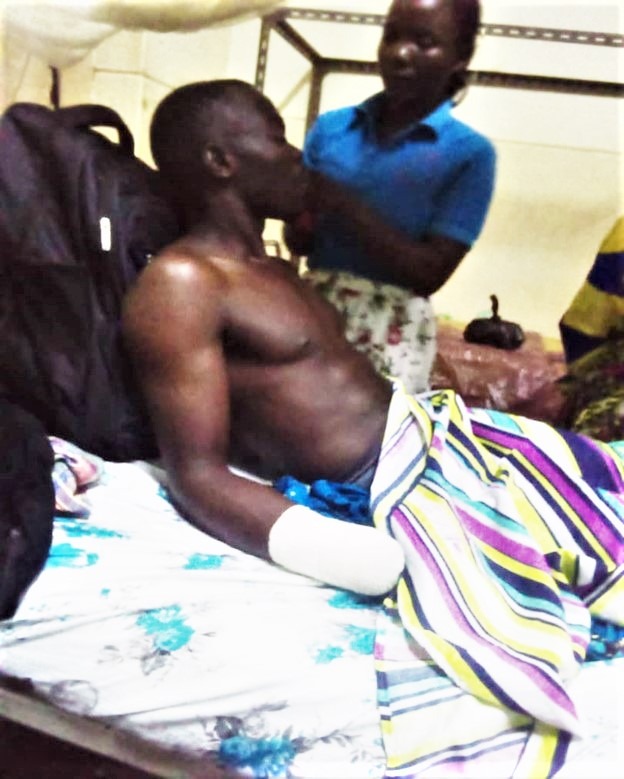 EASTERN REGION: On 17 June the family of Musa John Kasadah (42) of Maumo village, Luuka District in Uganda’s Eastern Region, attended an open-air evangelistic event in which the whole family chose to leave Islam and put their trust in Jesus Christ. Subsequently, Musa, his wife Asiya Naigaga, and their six children (two of whom are adults) started attending church. Enraged by the family’s conversion, militant Muslims threatened the church. The pastor arranged for the family to move into a temporary safe house. However, the Muslims discovered their location. On 26 July militant Muslims ambushed the family as they attempted to flee the district. They beat Musa with sticks and hacked at his right arm with a sword. The assailants fled when a truckload of labourers arrived at the scene, but by then Musa’s right hand had been severed. The labourers bound Musa’s wounds and rushed him to a nearby first aid clinic where he was treated and subsequently transferred by ambulance to Mbale Referral Hospital. Please pray. 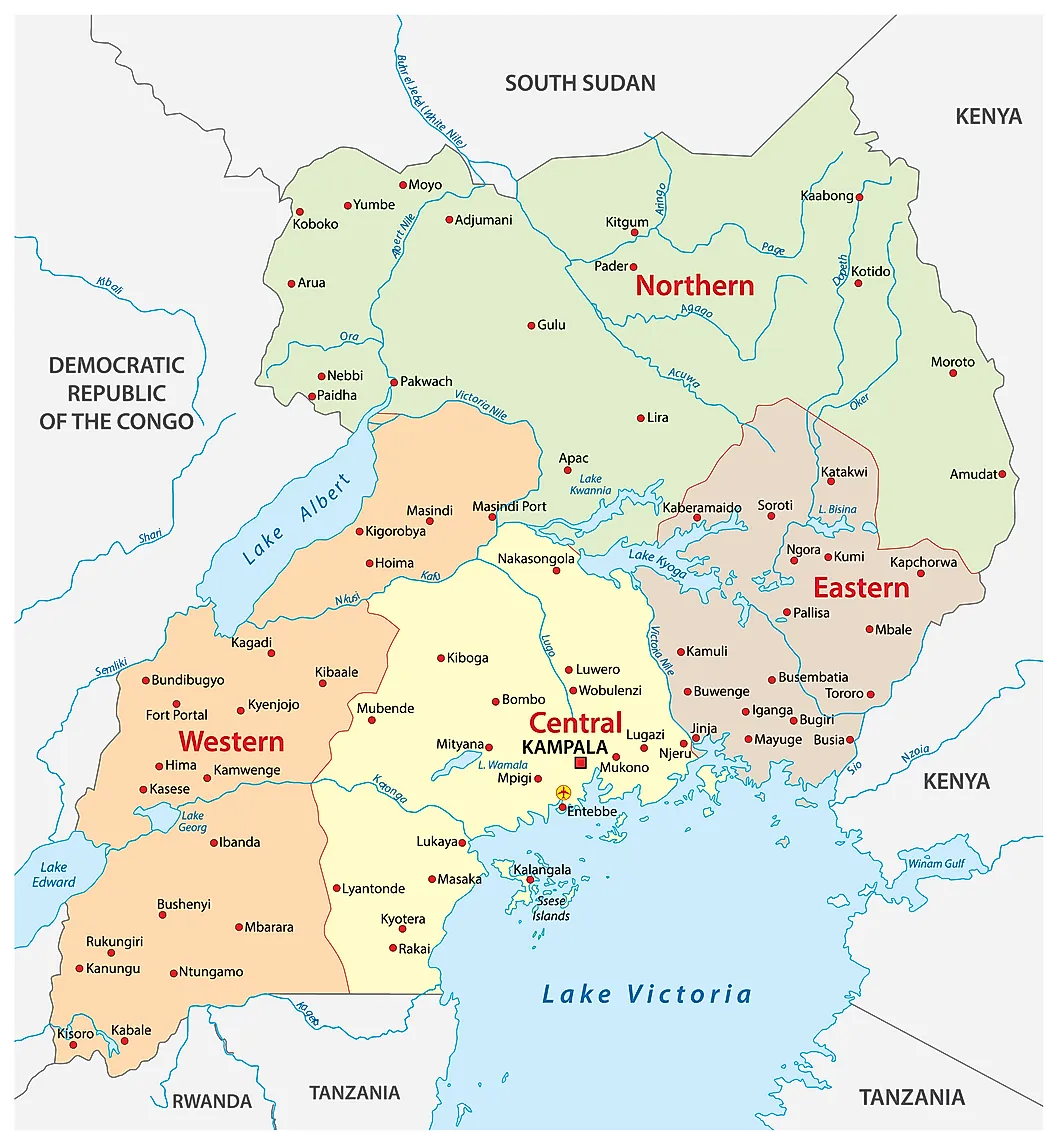 LAKE KYOGA: On 10 August a deacon and five missionaries from End Time Word Ministry church were travelling from Nakasongola District on the south shore of the western end of Lake Kyoga in Central Region, to Apac District, on the lake’s north shore, in Northern Region, with plans to plant a church in the Aduku area. While crossing the lake on a commercial transport boat, evangelist Tonny Ankunda shared the Gospel with a group of ten Muslims in Islamic attire. Agitated and angry, the Muslims warned the Christians, ‘If you continue insisting that Jesus is the Son of God, then Allah will kill all of you.’ When the missionaries continued to proclaim Christ, the Muslims warned them again, ordering them to stop their blasphemy, renounce Christ and convert to Islam, ‘or else your lives are at risk’. When the five missionaries refused to renounce Christ and convert to Islam, the Muslims threw them overboard into Lake Kyoga. The boat’s pilot did not intervene to rescue the five Christians, all of whom drowned. When the boat docked on the north shore, the surviving church deacon rushed to Aduku where a church elder called local officials who then retrieved the bodies of the five missionaries - four men and one woman, aged 27 to 52. Please pray.

ANALYSIS: Persecution is both escalating and spreading. According to the 2014 census, Uganda is around 84 percent Christian and 14 percent Muslim, although the Uganda Muslim Supreme Council (UMSC) estimates the Muslim population to be ‘closer to 35 percent of the population’. Islamic radicalisation and guaranteed impunity have combined to make Uganda an increasingly dangerous place for Christian evangelists, apologists and converts from Islam. The negative trajectory has its roots in Uganda’s modern history. In 1974, during the rule of mass-murderer Idi Amin, Uganda joined the Organisation of Islamic Cooperation (OIC), the Charter of which commits members to ‘preserve and promote’ the ‘lofty’ and ‘noble’ values of Islam. Article 1.12 commits members ‘To protect and defend the true image of Islam [which, according to the OIC is peaceful, tolerant, just and rights-affirming; and] to combat defamation of Islam [i.e. anything contrary to the OIC narrative].’ In 1977 Uganda also joined the Islamic Development Bank (IsDB). [NOTE: Uganda is not the only African state to have entered into this ‘covenant with death’ (Isaiah 28) despite having a Muslim minority: Ivory Coast, Benin, Togo, and Mozambique are also members of the OIC and IsDB.] 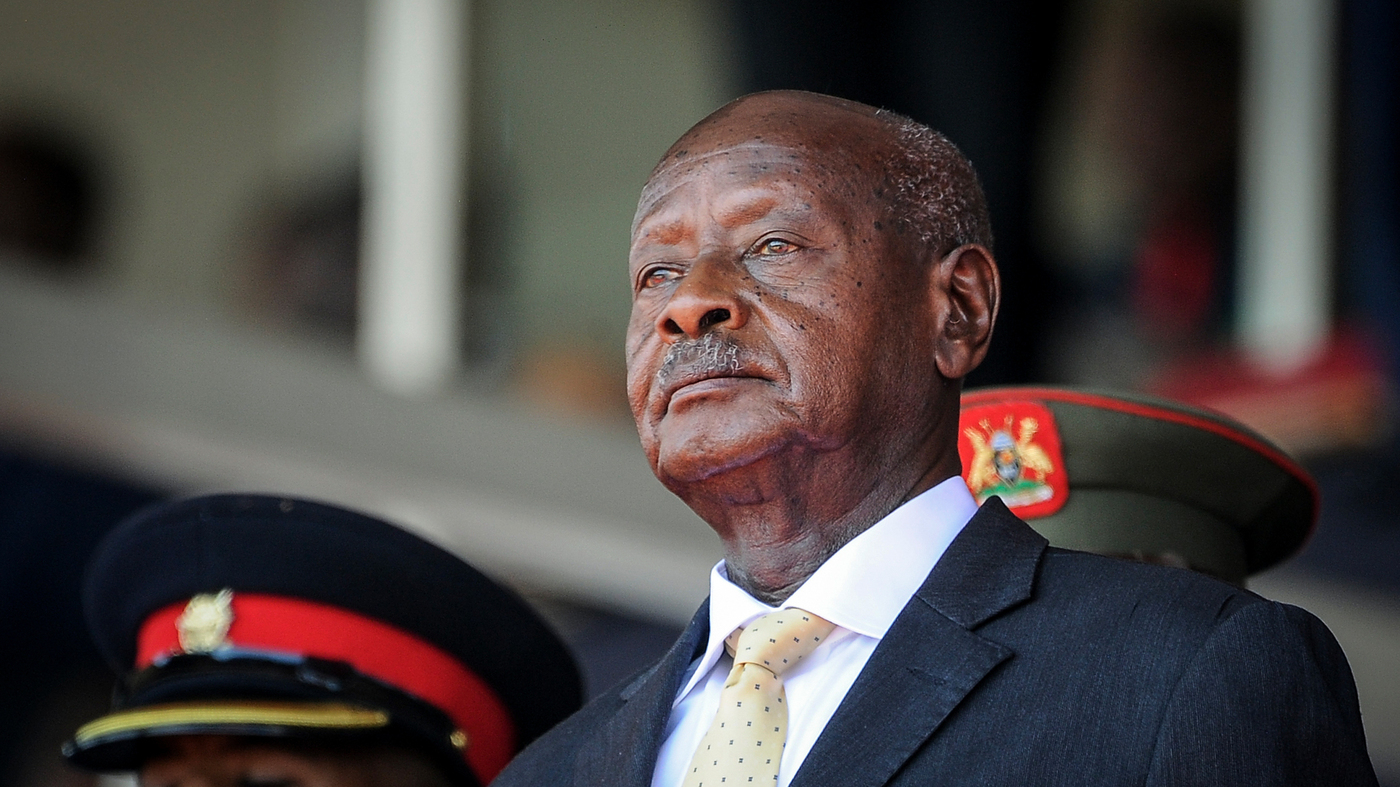 In 1986, Yoweri Museveni, a professing Christian, came to power. What started out well, is ending badly. In 1995, Uganda adopted a new constitution which, unfortunately, lacked safeguards. In July 2005 the Museveni government amended the constitution, scrapping presidential term limits, paving the way for Museveni to contest a third (and fourth and fifth) five-year term. Then, in 2017, the government amended the constitution again, this time removing the 75-year age limit for presidential candidates, paving the way for President Museveni to contest again in January 2021, aged 76. All the while, Museveni has solidified his hold on power by corrupt means: particularly through patronage (rewarding supporters) and repression (punishing opponents). [See: ‘Uganda Analysis,’ Religious Liberty Monitoring, May 2017.] Once a good president, Museveni has lost his way. Ultimately, the Church and the nation will pay the price.

He has told you, O man, what is good; and what does the Lord require of you but to do justice, and to love kindness, and to walk humbly with your God? (Micah 6:8 ESV)