Scores of Christians abducted in north-central and northwestern states. 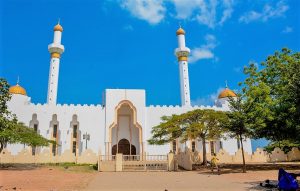 ABUJA, Nigeria (Morning Star News) – Suspected Fulani herdsmen on Saturday (Sept. 17) abducted dozens of Christians from a church service in northwest Nigeria, less than a week after kidnapping nearly 60 members of the same denomination in the north-central part of the country, sources said.

In northwest Nigeria, the suspected herdsmen and other terrorists who raided the night-time service of the Cherubim and Seraphim Church in Suleja, Niger state at about 2 a.m. on Saturday (Sept. 17) kidnapped the pastor and other Christians, area residents said.

The congregation was holding an all-night prayer vigil at the church site in the Japap area of Suleja at the time of the attack by Fulani herdsmen, said Suleja resident Nathaniel Ade. Another town resident, Elisha Musa, also identified the assailants as Fulani herdsmen, who are predominantly Muslim.

“The Fulani herdsmen kidnapped the pastor of the church and some of his members,” Musa said in a text message to Morning Star News. “Soldiers from Zuma Rock Barracks, Suleja, who rushed to the church to rescue worshippers and repel the attackers got there hours after the attackers had left with the kidnapped victims.”

The Rev. Raphael Opawoye, secretary of the Christian Association of Nigeria (CAN), Niger State Chapter, said that Christians in Niger and other states in northwest Nigeria have suffered unabated attacks by herdsmen and other terrorists, though kidnapped priest Leo Raphael Ozigi was released after a ransom was paid.

“In March, 45 Christians were abducted by the terrorists and herdsmen during two days of uninterrupted attacks on the communities of Sarkin Pawa town and some communities in Munya Local Government Area of Niger state,” Opawoye told Morning Star News in a text message. “A Catholic priest, the Rev. Fr. Leo Raphael Ozigi, was kidnapped on March 27 while he was on his way back from Gwada town to Sarkin Pawa town, where he had gone to minister in one of his parishes. Family members of the Catholic priest had to pay a huge ransom to the bandits and terrorists in order to secure his release from captivity.”

In north-central Nigeria’s Kaduna state, suspected Fulani herdsmen and other terrorists on Sept. 13-14 attacked area homes and an all-night prayer vigil of another Cherubim and Seraphim Church, kidnapping at least 57 Christians, but possibly as many as 14 soon escaped, sources said.

At least 43 Christians remained captive after the raid in Kasuwan Magani town, Kajuru County, according to the Rev. John Joseph Hayab, Kaduna state chairman of the CAN.

Awemi Maisamari, national president of the Southern Kaduna Peoples Union (SOKAPU), said in a press statement that, along with the abducted church members, some Christians were kidnapped from their homes.

Kasuwan Magani is about 20 kilometers (12 miles) south of the city of Kaduna. On Sept. 12, the assailants abducted six people in a raid on the Ungwan Fada area of Kasuwan Magani, he said.

“With no measures put in place to forestall recurrence, the following day, Sept. 13, the terrorists stormed the Cherubim and Seraphim Church, during a night vigil program at the Bayan Kasuwa quarters area of Kasuwan Magani town, at around midnight,” Maisamari said. “They succeeded in kidnapping more than 60 Christians from the church and neighboring houses. However, they were not able to take all of them away because some were very little children, too aged or had health challenges.”

While taking their captives to their camps, the herdsmen and other terrorists attacked Janwuriya village, another predominantly Christian community near Kasuwan Magani, and abducted two more Christians, he said.

“As of Monday, Sept. 19, 45 Christians have so far been confirmed abducted by the terrorists,” Maisamari said. “However, on Sunday, Sept. 18, their captors made contact with some families in the town via phone calls and claimed that only 40 were being held by them.”

It’s possible the kidnappers said they had 40 captives because they have already killed five of them, he said, adding that the terrorists are demanding a ransom of 200 million naira (US$465,294).

Another Cherubim and Seraphim Church was attacked this month in southwest Nigeria. In Ogun state, animists who practice tribal religion on Sept. 2 burned down a church building where Christians were worshipping and holding a prayer vigil, area residents said.

The attack on Cherubim and Seraphim Church in the Agbado area left many Christians injured, area residents said.