Nigeria moves up to No. 6 among countries with the worst persecution. 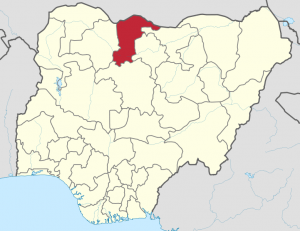 “A distress call was received that terrorists in their numbers, shooting sporadically, invaded Dantsauri village in Kankara,” Isah said in a statement. “The terrorists shot one Pastor Haruna on his hand and kidnapped five women who were in a Sunday service in their church.”

While Isah mentioned five females (including two minors) kidnapped, area residents and the Senior Special Assistant on Christian Affairs to Gov. Aminu Bello Masari, the Rev. Ishaya Jurau, told media that 25 church members were kidnapped, and that nine of them soon escaped.

Area resident Francis Sardauna said in a text message to Morning Star News that the assailants arrived on motorcycles.

“Terrorists attacked a local Christian assembly…shot the pastor of the church and abducted 25 worshippers,” Sardauna said.

Nigeria led the world in Christians killed for their faith in 2022, with 5,014, according to Open Doors’ 2023 World Watch List (WWL) report. It also led the world in Christians abducted (4,726), sexually assaulted or harassed, forcibly married or physically or mentally abused, and it also had the most homes and businesses attacked for faith-based reasons. As in the previous year, Nigeria had the second most church attacks and internally displaced people.