Pastor in Central India Attacked for Police Report on Prior Assault, Expulsion

Family still living in open air after tribal animists drove them from home. 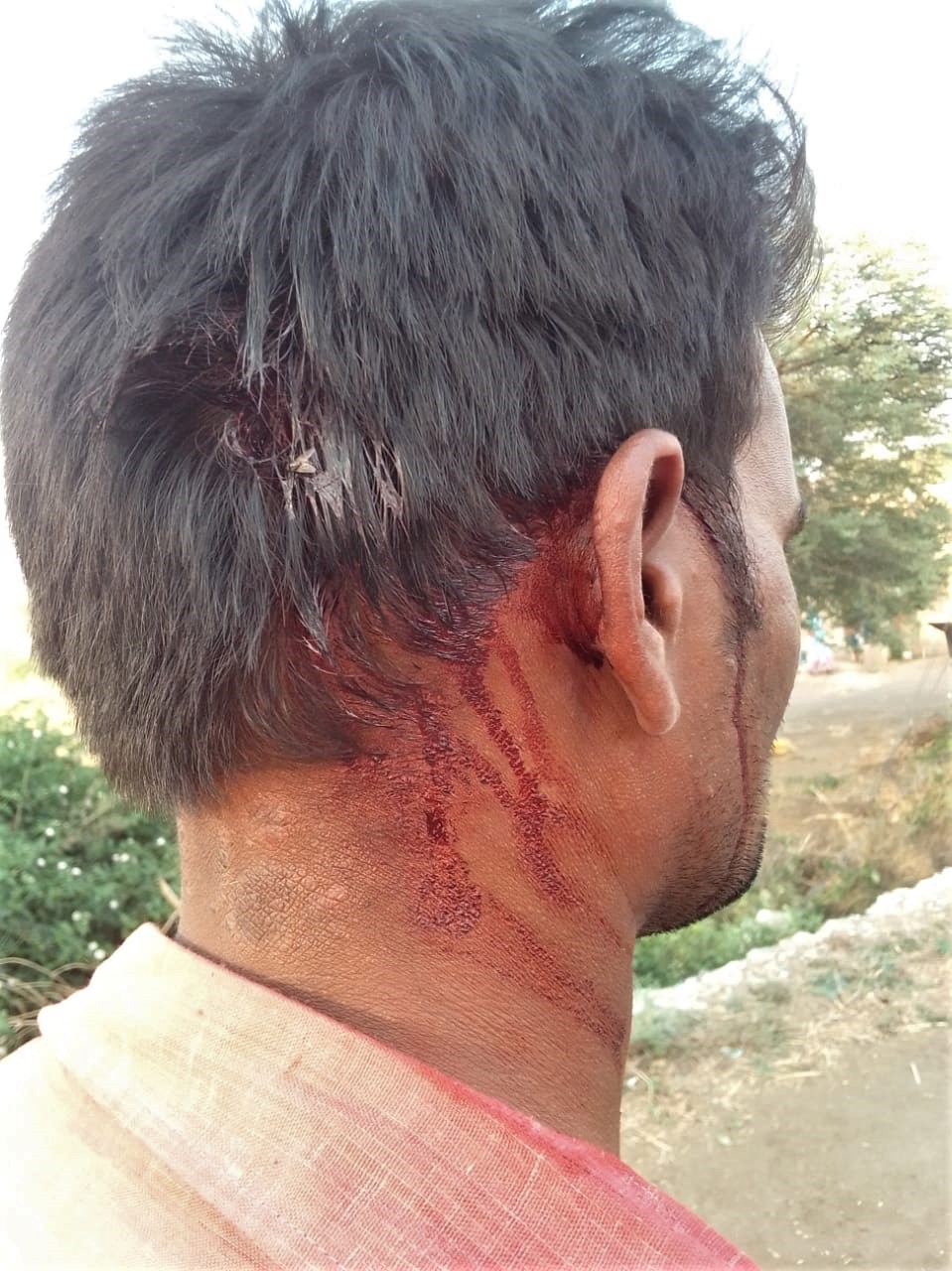 NEW DELHI (Morning Star News) – Tribal animists in central India who demolished a pastor’s house and drove him and his family out of their village in March seriously injured him in an assault this month, he said.

After beating, choking and pelting pastor Lalu Kirade with a stone in the April 3 attack, the tribal villagers in Khandwa District, Madhya Pradesh threatened to destroy his vocal chords as one of the assailants put her foot on his throat, he said.

“They had sprung on me like a pack of wild dogs,” Pastor Kirade told Morning Star News. “They told me to call upon my God to come and rescue me.”

Among the assailants was the man who began the assault on him in March for refusing to abandon Christianity, identified only as Laxman. In the most recent assault, the six men and two women of one extended family ambushed the 29-year-old pastor as he returned from a grocery shop near the yard where his family is living under the open sky three miles from his former home in Bilood village, he said.

They hit and kicked him, pulled his ears, dragged him by the hair and uttered profanity about Christianity and Christ, the pastor said, besides robbing him of rupees equivalent to US$51.

“The money was given to me as help during this [new coronavirus] lockdown period – it was all that I and my family had to survive upon,” Pastor Kirade told Morning Star News.

Laxman’s wife and niece began to throw stones at him, and a large one weighing more than half a pound hit the back of his head, he said.

“My head began to spin with the sudden strike,” he said. “Blood started to ooze out of the injury, and I fell on the ground. I heard the men shouting at Laxman’s wife for hitting me with a stone. They said they had planned to hit me in a way that I would not bleed. They scolded the women for not doing as planned.”

Laxman’s niece put her foot on his throat, choking him, as the others held down his hands and legs so he could not move, he said.

“I was gasping for breath and thought that I would die,” Pastor Kirade said, adding that Laxman’s niece said, “Call upon your God for help. You pray and preach using your vocal cords, I am going to bring an end to your voice today.”

A passer-by from Bilood village saw the assault and informed the church member in whose yard the pastor’s family is living. The Christian told Kirade’s father and mother, also living in the yard with the pastor’s children, and several relatives rushed to the scene “just in time,” Pastor Kirade said.

The assailants fled as they saw the pastor’s relatives approaching. He had severe internal injuries and required stitches on his head wound, he said.

“I had swelling on my neck for weeks and could not eat solid food for three days because of pain in my throat,” Pastor Kirade told Morning Star News.

Retaliation
The assailants indicated they were upset at the pastor for filing a police report about the assault in March and reporting ill-treatment of his daughter to school authorities, he said.

They had threatened to kill him if he returned to the village, and after the first assault Pastor Kirade initially had refrained from going to police, fearing it would prompt just such an attack. Other Christian leaders and organizations, however, later persuaded him to do so, he said.

As they beat him, the six men – Laxman, two sons, his son-in-law, and two nephews – along with his wife and niece asked him why he had approached police, he said.

“They insisted that I immediately revoke my police complaint,” he said, adding that they also asked him why he was still in the district and rebuked him for reporting the attack on his 9-year-old daughter to school authorities.

Two days after the March 9 attack that forced the Christian family to take refuge in the jungle – with the assailants looting the belongings from their former home – Laxman’s wife had stopped the pastor’s daughter as she returned from school, pulled her hair and threatened to beat her to death if she saw her in the village again, Pastor Kirade said.

“Laxman’s wife dragged my daughter by her hair and traumatized her by saying that she will spill the container of boiling milk on her and then throw her in the village well and kill her,” he told Morning Star News.

Pastor Kirade had informed a schoolteacher about the assault, and the teacher had gone to Laxman’s home, telling them not to threaten her and to let her appear for exams, he said.

As the pastor feared, these attempts to obtain justice led to violence against him, with the Laxman family stopping him on his motorbike, pulling him off it and dragging him down by the collar, he said.

“I begged them to let me go,” he said. “I told them I never returned to my village or my home – I am living with my family far from the village, I have never entered the village since I left, then why are they hitting me?”

He reached the Jhirniya police station at 9 p.m., still bleeding.

“The police have been very non-cooperative,” he said. “The policeman was constantly demanding monetary favor from me, and when I refused, he got very upset with me.”

Using vulgar language as he reviled him, the officer insisted that he mention only Laxman and his wife in the complaint, the pastor said.

“The policeman did not write the complaint according to what I narrated to him, but instead he changed it wherever he wanted to,” Pastor Kirade said.

No action followed the complaint he had filed in March at Pandhana police station about the first assault, which led to the assailants having no hesitation to attack him again this month, the pastor said.

“If only the police would have taken action on my previous complaint, Laxman and his family would not have dared to attack me again,” he said.

Likewise, he said, Jhirniya police have taken no action against Laxman and his relatives.