Pastor Victor Bet-Tamraz and his wife, Shamiram, have fled Iran after losing their final appeal against a combined 15-year prison sentence. According to a regional report, they are now in a safe location.

Pastor Victor’s lawyer called on 19 July to inform him that his three-year-long appeal battle had ended in rejection. 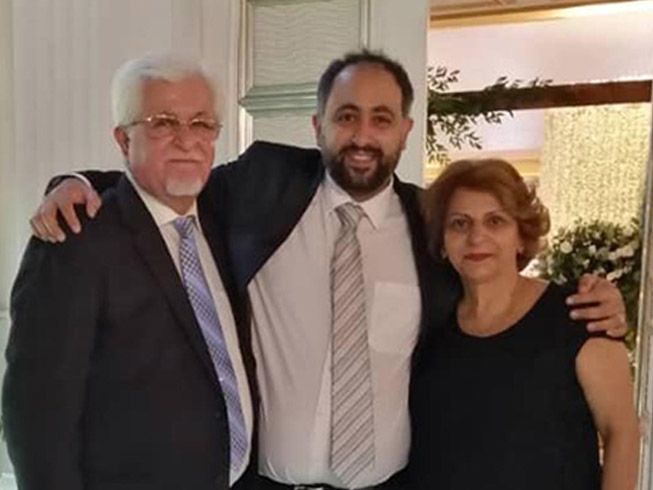 Victor Bet-Tamraz and his wife Shamiram Issavi with their son Ramiel, jailed earlier this year in Iran for his involvement in house churches [Image credit: Article18]

On 11 August, Shamiram was summoned to present herself at Tehran’s Shahid Moghadas Court, within the Evin prison compound, within five days to commence her sentence or face arrest.

In a statement their daughter, Dabrina, said her parents had left Iran with “heavy hearts” in order to continue in their legal battle to overturn their sentences from a safe location abroad. “We continue to pray and hope for their sentences to be dropped,” she said.

Numerous scheduled appeal hearings have been cancelled since the couple, both in their mid-sixties, were sentenced. Pretexts for court delays have included the failure to officially summon every defendant, the court being “too crowded” and the assignment of a new judge to the case.

Pastor Victor led a Pentecostal Assyrian church in Tehran before it was forced to change the language from Farsi to Assyrian. Pastor Victor then took the Farsi speaking church underground. Farsi is the national language of Iran, spoken by all Iranians, both Muslims and the non-Muslim minority groups. Christian worship in Farsi is often targeted by authorities in their efforts to discourage the conversion of Muslims to Christianity. Assyrian Christians are normally expected to worship in the Assyrian language, which is not understood by Muslim Iranians.