Christian Dies, Cousin in Critical Condition after Assault in Uganda 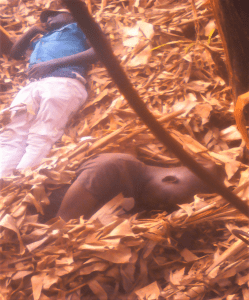 The Muslim fathers and other relatives of the two men in Budaka Town beat them with sticks and other blunt objects in late July before leaving them semi-conscious in a heap of banana plantation leaves, said the critically injured survivor, 23-year-old Ahmad Waisana. His 20-year-old cousin, Jalilu Kamutono, succumbed to his injuries on Aug. 5.

“I have been spending sleepless nights thinking of my [cousin and] best friend, Jalilu,” Waisana told Morning Star News by phone from his sick-bed at an undisclosed place of refuge. “The whole of my body is aching. I am not sure whether I will get well or die and go to be with Christ.”

Waisana said he suffered injuries to his head and a kidney.

He and Kamutono, whose fathers are brothers, last year began listening to radio broadcasts of a former Muslim sheikh (teacher) who made comparisons between the Bible and Koran in defense of Christianity, Waisana said. In October, after hearing preaching at an open-air evangelistic event in Budaka Town, the two men made a public confession of faith in Christ.

Word of their conversion immediately reached their parents, who angrily chased them away from the house where both families were living by the time the cousins returned from the event, sources said. They rented a house in Mbale and began selling food items for a living.

When the government announced a lockdown to control spread of the novel coronavirus on April 1, they were unable to work and moved in with various Christian friends, Waisana said. After three months, unable to rotate to others’ homes or at church premises because of the lockdown, they decided to take chances on returning home.

“Life became very harsh, and we decided to return back home hoping that we were going to be welcome,” Waisana told Morning Star News. “At home we were questioned whether we were Christians, and we affirmed to them that we were still Christians but pleaded that we be received back. To our surprise, we were received with hostility, and the relatives arrived and started beating us with sticks and blunt objects before burying us in banana leaves.”

Their relatives were about to set them on fire when some cattle herders and Christians happened by, he said.

“The herdsmen and four Christians who were on their way to purchase some land arrived, and the relatives fled,” Waisana said.

One of the Christian passersby, whose name is withheld for security reasons, took photos of the two beaten men as they lay in the banana leaves. Unknown to them previously, he learned that they had been beaten for turning to Christ as he took them to a district hospital in Mbale.

“At the hospital we were diagnosed, and the finding was that Jalilu had internal bleeding, and after two weeks he succumbed to the injury,” Waisana said. “I could not remain at the hospital, and so I went to a nearby church.”

District hospital personnel called Kamutono’s family to come and take the body for burial after he died on Aug. 5, he said.

“They were reluctant at first, but pressure from the government and the problem of COVID-19 made them to yield, and they took the body for burial; that was on Aug. 7,” Waisana said.

An area pastor said Waisana is in need of trauma counseling as well as medical help.