Maira Shahbaz escapes, says she was coerced into stating she converted, married.

LAHORE, Pakistan (Morning Star News) – The Muslim who regained custody of a 14-year-old Christian girl he had kidnapped threatened to kill her and her family unless she gave court statements that she had married him and converted to Islam of her own free will, the girl told Morning Star News. 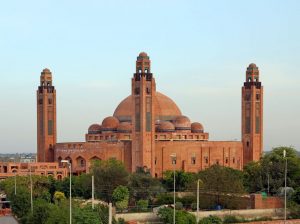 Maira Shahbaz, who escaped from Nakash Tariq five days ago, told Morning Star News by telephone that he had raped her and filmed her naked in order to blackmail her into giving the court statements. The Lahore High Court on Aug. 4 ordered her return to Tariq after dismissing documents proving she was a minor and evidence of a fake marriage certificate because she testified that, “she’s 18 years old, recited the Kalma Tayyaba to prove she had embraced Islam without any duress, and married Nakash Tariq by choice.”

Tariq and accomplices kidnapped Maira, of Medina Town, Faisalabad, on April 28, according to family members.

“Nakash and two other men took me to an unknown place at gunpoint, where Nakash repeatedly raped me,” Maira told Morning Star News. “He also videotaped me naked and threatened that he would kill me and my family and also upload the video on social media if I told anyone what he had done to me.”

She said she had been forced to sign blank papers and denied that she had willfully become a Muslim.

“I was coerced into making those statements in the courtrooms,” she said. “They threatened to kill us all.”

When her family challenged the underage marriage, a judge had sent Maira to a women’s shelter on July 28 before the Aug. 4 verdict returning her to Tariq.

Maira contracted false marriage with the already married Tariq on Oct. 25, 2019. A family attorney asserted that the cleric whose name was listed on the marriage certificate denied involvement in the sham marriage.

Maira’s attorney, Sumera Wilson, said she had applied for police protection for the girl at the Lahore High Court’s Rawalpindi Bench because Tariq posed a serious threat to her life.

“The judge has ordered the regional police officer to ensure Maira’s security and also probe the video used to blackmail her,” Wilson told Morning Star News. “I have also filed a suit for cancellation of her marriage and forced conversion in the family court.”

Sumera said that Tariq had filed a kidnapping case in Faisalabad against Maira’s mother and other relatives alleging that they had forcibly taken away his “lawfully wedded wife” from his home.

“The family is in hiding due to the case registered by Nakash,” Sumera said. “I was told that the accused is searching for the girl to stop her from revealing the truth, which is why we decided to appear before the Rawalpindi bench of the LHC as a security precaution.”

She said Maira will appear before the Regional Police Officer on Friday (Aug. 28) to record her statement.

Earlier this month, while ruling on a petition filed by Tariq seeking custody of Maira, a Lahore High Court bench presided by Justice Shahid Mahmood Abbasi stated, “The statement of Maria [sic] Shahbaz as well as her general appearance unambiguously show that she is a grown-up young lady who seems to have attained the age of puberty and who acknowledges Nakash Tariq as her lawfully wedded husband.”

The verdict acknowledged that the judge dismissed evidence her family’s attorney provided that the minor could not have contracted marriage without the consent of her guardian and that the marriage certificate was fake.

“As far as proof of marriage is concerned, the other formalities can be ignored and simple acknowledgement of husband and wife regarding their Nikah [marriage] is sufficient to prove the same,” the verdict states. “In such circumstances, the mandatory requirement of presence of two witnesses can be ignored.”

Regarding authenticity of the marriage certificate, the verdict stated, “Only the family court would be in a better position to resolve the controversy between the parties regarding genuineness or otherwise of ‘Nikah Nama.’”

In February the forced conversion to Islam and marriage of another 14-year-old Christian girl was validated in a court ruling in Pakistan. The High Court in Sindh Province on Feb. 3 dismissed a petition to have the marriage and forced conversion of Huma Younus overturned, ruling that both were valid since a girl under sharia (Islamic law) can marry after her first menstrual cycle.

Huma, a Catholic, was taken from her home in Karachi’s Zia Colony on Oct. 10, 2019 while her parents were away and was forced to marry the man who abducted her.

‘Forced Conversions Must Stop’
National Council of Churches in Pakistan (NCCP) President Azad Marshall said that Maira’s case and similar incidents called for immediate steps to ensure that minors from minority communities are not forced into false marriages and conversions.

“Forced conversion and marriages of children belonging to the minority communities is a major issue facing our communities,” said Marshall, who is senior most bishop of the Church of Pakistan.

Marshall said enforcement would be key.

“Legislations are made by parliament, but unfortunately we have witnessed that their implementation is lacking,” he told Morning Star News. “The bill for protection of minority rights is a step in the right direction, and we hope that the government will not only ensure its approval but also make sure that the law enforcement agencies implement it in letter and spirit.”

Under the Protection of the Rights of Religious Minorities Bill, the state would take measures to curb forced conversion of minority communities and would also support victims. Marriage of a minor arranged after changing her/his religion would be considered “coerced” and be declared void.

In a bid to further strengthen protections for minority communities in the 96-percent Muslim country, the draft proposes three years of prison time and a fine of 50,000 rupees (US$295) in case of hate speech or maltreatment of a member of a non-Muslim community. It also bans discriminatory chapters in textbooks.

Those found guilty of discriminating against anyone on the basis of religion would be jailed for one year in addition to a fine of 25,000 rupees (US$147). The bill also protects religious symbols of non-Muslim Pakistanis, proposing a seven-year sentence and a fine of 50,000 rupees in such a case. All of these sentences would be non-bailable.

The senate chairman has forwarded the bill to the relevant standing committee for consideration.