The recent conflict in in Nagorno-Karabakh (often called “Artsakh” by Armenians, which is the historic Armenian name for the territory) erupted on Sunday 27 September when cluster bombs rained down on the population of around 144,000 ethnic Armenians. 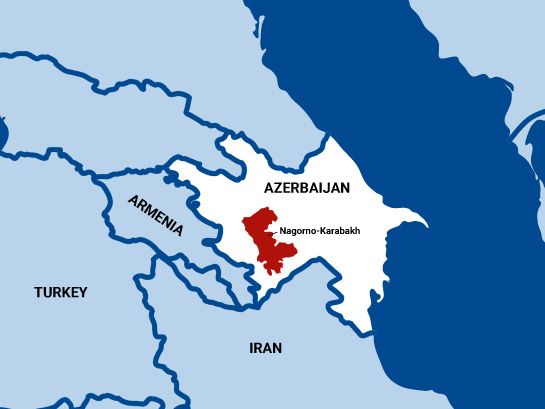 According to Barnabas contacts, the capital city, Stepanakert, and several other major towns have been under constant shelling. “Residential houses and all civilian infrastructure are being destroyed causing humanitarian catastrophe,” said the contact.

Harrowingly, the contact confirmed shelling of occupied church buildings. “Churches full of praying people inside are bombed,” she described. “The places of worship are “compared to ‘toilets’ and [the bombing] justified by Azerbaijani political scientist Saadat Kadirova as ‘it is our territory and we have the right to kill them in the toilets,’” the contact added.

The contact pleaded for prayer and support for the beleaguered Armenian people of Nagorno-Karabakh “who want to live in a free, democratic country without the fear of annihilation in their own historical Homeland”.

Alarmingly, the contact flagged the concern that jihadi insurgents, well-practised in committing atrocities against civilians, from Syria, Libya, Pakistan and Afghanistan are being “hired” by the Turkish and Azeri military to fight a proxy war in the region.

The official reason for the Azeri-Turkish offensive is Azerbaijan’s claim over the disputed territory of Nagorno-Karabakh, which is internationally recognised as part of Azerbaijan, but remains under Armenian control. The traditionally majority-Armenian Christian territory bordering with Muslim-majority Azerbaijan has been under dispute between the two former Soviet bloc countries since the collapse of the USSR in the late 1980s.

Concerns are growing that the latest round of the conflict between Armenia and ethnically Turkic Azerbaijan, which has a mainly Shia Muslim population, could escalate into a war involving regional powers, with NATO member Turkey allied with Azerbaijan in a major offensive.

Oil-rich Azerbaijan also has a longstanding strategic relationship with Israel, providing it with a significant proportion of its oil supply, while the former Soviet bloc republic procures 60% of its arms from Israel.

According to a regional expert, a historic motivation for the Azeri-Turkish action, dating from the time of the Ottoman empire, is Pan-Turkism, or the creation of Turan – a world for Turks. Nagorno-Karabakh is a buffer zone lying in the way of a wider offensive that would wipe out Armenians and allow Turkey and Azerbaijan to unite into one country.

“The Turkic motto before the attack was ‘Two countries, one nation,’ now it has been changed into ‘One nation, one country,’” said the expert.

The Armenian Genocide, officially recognised by 28 countries, was perpetrated by the Ottoman Turkish government against its Armenian subjects, with the violence peaking in 1915 and occurring periodically for three decades. Over 1.5 million Armenians are thought to have died in the state-sanctioned genocide as the Ottoman authorities apparently sought to create a purely Muslim state. Some Armenians saved their lives by converting to Islam, demonstrating that the motivation for the genocide was religious not racial. Ottoman Turks also targeted other ethnic Christians for their faith in the massacre of an estimated 750,000 Assyrian and Syriac Christians between 1915 and 1918 and up to 1.5 million Greeks between 1914 and 1923. 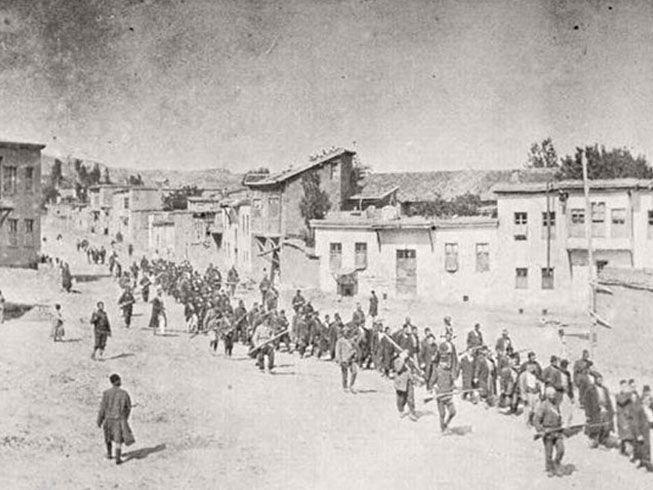 Armenian civilians, escorted by Ottoman soldiers, marching through the ancient town of Harput in Turkey to prison, in April 1915. Many of those pictured were among the 1.5 million killed in the Armenian genocide of 1915-1918

Azerbaijan was the first nation to purchase the deadly “kamikaze” anti-radiation drones from Israel and deployed them in the militarily intensive four-day “April War”, which interrupted the ceasefire in 2016. The stealth weapon’s electric motors are virtually silent until they start their attack dive.

The new class of unmanned aerial vehicle (UAV) munition is essentially a kamikaze, or suicide, drone that is loaded with bombs and hovers over the battlefield while its remote operator searches for targets. The drone is then flown in to strike, destroying both itself and the target. 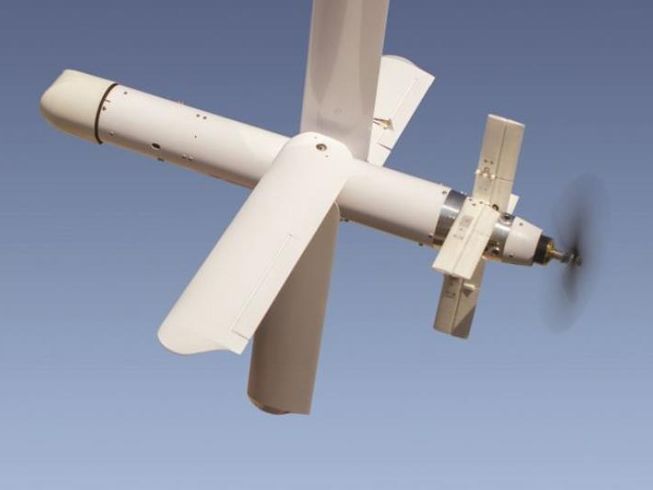 The Orbiter 1K UAV, made by Israeli defence contractor Aeronautics, recently supplied to the Azerbaijan military, carries a 3kg warhead.

Attack drones shipped via Turkey under guise of “humanitarian cargo”

Armenia recalled its ambassador to Israel on 1 October over Israeli arms sales to Azerbaijan. Protesting against the Israeli weapons exports, Armenian foreign ministry spokeswoman, Anna Naghdalyan, said, “Israel’s workstyle is unacceptable. The ministry has to call back its ambassador in Israel.”

On 11 October, Artsrun Hovhannisyan, a representative of Armenia’s Ministry of Defence, stated that “attack drones are being intensively brought to Azerbaijan from Turkey and Israel under the guise of “humanitarian cargo”. Two days later the High Court of Israel rejected a ban on arms sales to Azerbaijan, citing a “lack of evidence”.

Azerbaijan purchased billions of dollars in Israeli weapons since 2012

According to the Stockholm International Peace Research Institute (SIPRI), a leading conflict and armaments think-tank, Israel provided Azerbaijan with some $825 million in weapons between 2006 and 2019.

Azerbaijan’s president, Ilham Aliyev, discussed the purchase of nearly $5 billion-worth in defence equipment from Israel during a visit to Azerbaijan by Israeli Prime Minister Benjamin Netanyahu in 2016.

In 2012, Azerbaijan agreed to buy $1.6 billion, almost equivalent to the country’s entire annual defence budget, in weapons from Israel, in a deal that will include drones, anti-aircraft and missile defence systems.