Authorities in Cameroon have closed more than 60 schools on the northern border with Nigeria to protect children and teaching staff from continuing suicide bomb attacks by Boko Haram.

The Islamist militants have been carrying out at least three attacks a week since January, according to the Cameroon military. Most are perpetrated by suicide bombers, mainly women and children. In the last two months, 13 schools were torched, 200 people were held to ransom and an unknown number of civilians abducted, the military reported. 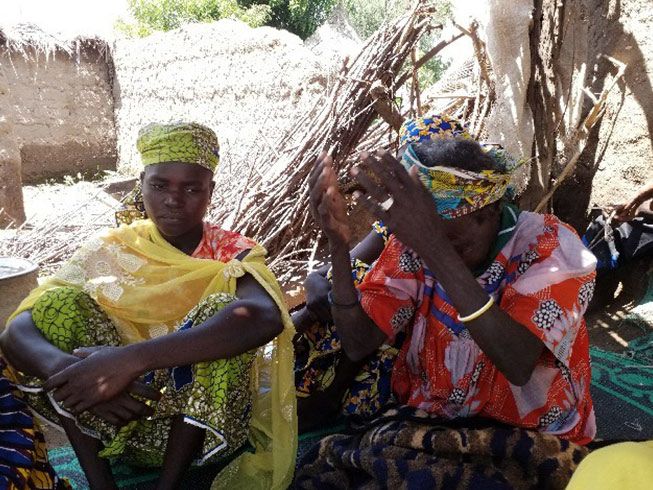 A Cameroonian Christian woman weeps for her three grandchildren killed in August 2020 in a Boko Haram attack on a camp for displaced people in Nguetechewe, Far North Cameroon. The terrorists are reported to have used child suicide bombers

A local education official said 62 schools have been closed and 34,054 students internally displaced because of the violence. “The children have to be either scholarised [educated] in other schools very far from their own villages or to abandon schools,” he explained.

Colonel Ndikum Azeh, commander of Cameroonian troops fighting Boko Haram in the Mayo Sava, Mayo Tsanaga and Logone and Chari administrative units that border Nigeria’s Borno State, said the military had been deployed to protect civilians in the area. Some troops have also been teaching the displaced students.

NGOs and humanitarian groups have called on Boko Haram to respect the Safe Schools Declaration, an inter-governmental commitment to protect students and ensure they are able to obtain an education.

Boko Haram militias are attempting to establish an Islamic caliphate across northern Nigeria all the way to northern Cameroon. Most of Cameroons Muslims, comprising around 20% of the population, live in the Far North region of this predominantly Christian country.