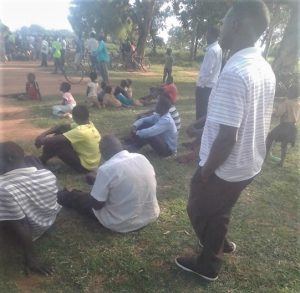 David Omara, 64-year-old pastor of Christian Church Center and a well-known radio preacher in the area, was beaten and strangled after finishing his broadcast in Aduku, Kwania District at about 9 p.m., according to his son, Simon Okut.

“Immediately after his preaching, someone telephoned my father appreciating his presentation,” Okut told Morning Star News by phone. “He then requested him to meet somewhere with some of his friends. We left the radio station. As we arrived at the said place, there came out of the bush six people dressed in Islamic attire, and they started strangling and beating my father with blunt objects.”

As they beat him, one of the assailants said, “This man ought to die for using the Koran and saying Allah is not God but an evil god collaborating with satanic powers,” Okut said. “As they were hitting my father with blunt objects and strangling him, I fled to save my life. Two attackers ran after me but could not get hold of me.”

Area residents were shocked and saddened by the murder, and church members were both fearful of further Islamist violence and sorrowful as they mourned at a tearful burial on Wednesday (Nov. 4).

“My mother wept and fainted and collapsed with deep groaning and is admitted in the hospital,” Okut said.

She was treated for shock that rendered her unconscious, he said. After Electroconvulsive therapy involving stimulation of the brain, she still did not recognize people, he added.

Associates lauded the many fruits of Pastor Omara’s ministry.

“He worked tirelessly for the kingdom of God to the day he breathed his last breath,” said one colleague.

“We need prayers and financial support for the Omara family at this trying moment, and the quick recovery for his widow,” a church leader told Morning Star News.

The killing was the latest of many instances of persecution of Christians in Uganda that Morning Star News has documented.