More than 30 Christians killed in prior attacks in Kaduna state, sources say. 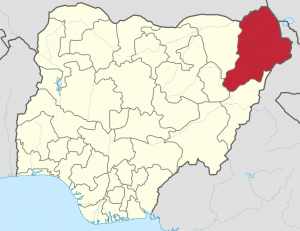 Residents of the villages of Pemi and Debro, near Chibok, Borno state said the insurgents were members of Islamic extremist group Boko Haram, and that the militants burned a Church of the Brethren (EYN) building in Pemi. In addition, seven people were reportedly kidnapped, including a pastor.

Across the border in neighboring Adamawa state, residents of Garkida told Morning Star News that Boko Haram attacked at the same time on Dec. 24, but that Nigerian army forces repelled them. Adamawa Gov. Ahmadu Umaru Fintiri, however, released a statement on Christmas Day saying two civilians had been killed in the attack, including a 5-year-old boy, before soldiers drove the rebels away.

In Borno state, the jihadists began their attacks on predominantly Christian Pemi and Debro at about 6 p.m., area residents said.

“Seven Christians were killed at Pemi, and the church building of EYN was completely burned by them,” area resident Awiya Lawan told Morning Star News by text message. “Houses, cars and stores were burned down. The Boko Haram gunmen carried out the attacks for three hours before soldiers arrived at the area at 9 p.m.”

“The Boko Haram attackers destroyed the church building of EYN and looted foods from many houses before burning about 10 houses in Pemi, which is located about 20 kilometers [12 miles] away from Chibok town,” Solomon said.

“Garkida town in Adamawa state is under a massive attack,” area resident Joel Bahago said in a text message to Morning Star News. “Please pray for us, as this isn’t how we planned for Christmas, Lord.”

Another area resident, Rhoda Yadiwutuwa, said in a text message on Christmas Day that Nigeria’s armed forces had repelled the assailants but that most of the residents were still hiding in bushes and nearby hills.

“It is well with us people of Garkida, we shall hold our peace, because victory belongs to our God and Lord, Jesus Christ,” Yadiwutuwa said.

Markus Bulus wrote in a Christmas Day text that area resident were thankful.

"Whatever Boko Haram planned against us has failed,” Bulu said. “Whatever it is, we shall still celebrate Christmas. Jesus, we’re so grateful this day even with the bad experience we had last night. We have nothing to offer as our thanksgiving, but we offer our hearts in deep supplication to your majesty on this Christmas Day.”

On Dec. 17 in Zangon-Kataf County, the herdsmen killed at least 10 Christians in Goran Gan village and destroyed 18 homes, and on Dec. 21 they killed three others at Ungwan Jatau and Ungwan Gimba villages, area residents told Morning Star News in text messages.

“On Dec. 17, the Gora Gan community was attacked by armed gunmen suspected to be Fulani militias on motorcycles,” Bodam said. “The attack left over seven people dead, and over 17 houses were burnt down. The Sheyin family was wiped out almost completely by the attackers.”

“The Sheyin family lived just in front of the primary school where the military, meant to secure the village after previous attacks, are stationed,” Bodam said.

Luka Biniyat, spokesman for the Southern Kaduna People’s Union (SOKAPU), added in a Dec. 21 press statement that three more corpses had been recovered, bringing the number of Christians killed in Gora Gan to at least 10.

“The military confirmed that two houses were burned in the Apimbu attack,” Aruwan said.

The Rev. Ali Buba Lamido, archbishop of Kaduna Province of the Church of Nigeria (Anglican Communion), issued a statement on Thursday (Dec. 24) expressing concern over kidnappings that have accompanied the killing.

“Kidnapping has become the order of the day as these kidnappers get into people’s houses and abduct them without any resistance or challenge from the security agents,” Lamido said. “Many people have been abducted, and a lot of millions of naira were paid as ransom. Those kidnapped were subjected to dehumanizing conditions and traumatizing experiences. Some family members of the those kidnapped were shot while trying to escape from the kidnappers.”