Cracking top 10 countries with most persecution, Nigeria leads the world in abductions of Christians.

JOS, Nigeria (Morning Star News) – A professor at a Christian university has reportedly been released after being kidnapped in Nigeria, which leads the world in abductions of Christians, sources said.

John Fatokun, professor of computational mathematics and numerical analysis and deputy vice chancellor of Anchor University in Lagos, was released on Wednesday (Jan. 20) after suspected Fulani herdsmen captured him on Monday (Jan. 18) as he travelled from Jos to Nasarawa state. 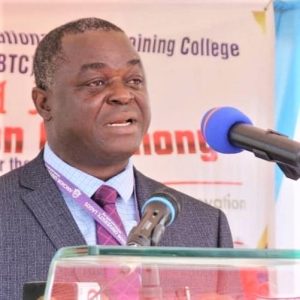 “Despite the experience, my faith remains unshakable,” Fatokun told reporters today, according to Legit, a Nigerian news outlet. “We will continue to work, pray and raise godly men and women who are destined to change the narratives and make Nigeria a better place for the generations ahead.”

Fatokun did not identify his captors, but Muslim Fulani herdsmen have been active in Nasarawa state.

Anchor University’s assistant registrar and head of strategy and communications, Okesola Sanusi, reportedly said that Fatokun was freed after serious prayers were offered on his behalf.

Anchor University on Wednesday (Jan. 20) confirmed his release on the school’s Facebook page.

“To the glory of God, the deputy vice-chancellor, Anchor University, Professor J.O. Fatokun, has been released,” the post states.

The Christian university professor was kidnapped as he traveled from Jos, Plateau state to Keffi town in Nasarawa state, north-central Nigeria. He was reportedly captured at about 9 p.m. in Nasarawa state’s Kurmi Shinkafa village, Kokona County, as he was on his way to Keffi to drop off one his children at a high school; he had planned to then return to his university post in Lagos, in southwestern Nigeria.

Anchor University stems from Deeper Life Christian Ministry, with the Rev. Dr. Williams Kumuyi as general overseer. Though details of Fatokun’s release were not released, Anchor spokesman Sanusi said earlier this week that the captors were demanding 20 million naira (US$52,177) as ransom from Deeper Life Bible Church.

Nigeria led the world in number of kidnapped Christians last year (November 2019-October 2020) with 990, according to Christian support organization Open Doors. In the organization’s 2021 World Watch List of the countries where it is most difficult to be a Christian, Nigeria broke into the top 10 for the first time, jumping to No. 9 from No. 12 the previous year.

A kidnapped pastor who had previously been reported as freed remains in the hands of his captors, Morning Star News has learned. Members of the Rev. Polycarp Zongo’s Church of Christ in Nigeria had reported that the pastor, kidnapped in Gombe state on Oct. 19, was released, but he remains captive.

Nigeria was the country with the most Christians killed for their faith according to the 2021 World Watch List, with 3,530, up from 1,350 in 2019. In overall violence, Nigeria was second only to Pakistan, and it trailed only China in the number of churches attacked or closed, 270, according to the list.