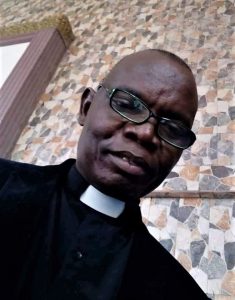 Amos Arijesuyo, pastor at Christ Apostolic Church and professor at the Federal University of Technology (FUTA) in Akure, Ondo state, was returning to Akure from Ibadan when herdsmen shot into his vehicle, a university spokesman said.

“His vehicle ran into an ambush laid by herdsmen who were operating on the road around 5:30 p.m.,” Adegbenro Adebanjo, university deputy director of corporate communications, said in a press statement. “The herdsmen shot sporadically at the vehicle, targeting the five occupants, and unfortunately some of the bullets hit Dr. Arijesuyo and the driver.”

The driver managed to maneuver the vehicle away to seek medical help, he said.

“Arijesuyo succumbed to the fatal injuries from the gunshots he suffered during the hellish encounter, while the driver is recuperating at a hospital,” Adebanjo said.

Adebanjo noted that the professor also served as the university’s deputy registrar and head of the guidance and counseling unit.

“The university condemns in the strongest terms this senseless attack that has led to the untimely death of an erudite university administrator and counselor par excellence,” he said. “Dr. Arijesuyo’s death is a big loss to FUTA, the academic community in Nigeria and beyond. It is a death that should not have happened in the first place.”

The management, staff and students at the university hope that security agencies find and prosecute the assailants, he said.

“Our prayers and thoughts are with the wife, children and family members of our departed colleague at this difficult period of unquantifiable grief,” Adebanjo said. “May the good Lord grant them the fortitude to bear this irreparable and painful loss and grant the deceased eternal repose.”

Joseph Ayodele, a member of the slain pastor’s congregation, told Morning Star News that Arijesuyo was an easygoing man of God.

“The pastor was a professor, born intelligent, and a passionate man of the word [of God],” Ayodele said.

In Chikun County in southern Kaduna, “armed bandits,” the euphemistic term officials use for Fulani herdsmen, killed Nehemiah Ishaku and Yunana Mai-Mulo in Maskoro village, Kaduna State Commissioner for Internal Security and Home Affairs Samuel Aruwan said in a Jan. 23 press statement. In Akunakwo village, Haruno Dogo and Danjuma Jagaba were killed he said, without giving dates for either of the attacks.

In Kauru County on Jan. 12, he said, two people were killed and two others wounded in an attack on the predominantly Christian village of Kizachi. Aruwan identified those killed as Musa Garba and Yakubu Yawo, and the wounded as Monday Joseph and Jacob Thomas.

“Musa Garba and Yakubu Yawo, were shot dead, while Monday Joseph and Jacob Thomas were shot and injured,” Aruwan said.

Armed herdsmen have destroyed 12 Christian communities in Chikun County in the past two years, displacing more than 1,000 Christians, said Gambo Yusuf, an area Christian community leader. Seven Christians were killed in the attacks on Kadori, Kaduna Katuka, Gofa, Chikun, Sape, Kadiso and other villages, he said.

“In Chikun ward, the herdsmen have already taken over some villages,” Yusuf said. “Recently, the herdsmen killed seven Christians in some of these villages. Most displaced Christians have been living in makeshift camps in the past two years.”

“Sunday Joshua, Samson Andy and Mrs. Tani Jacob were shot dead, and one John Joshua was injured during the attack,” Ezekiel told Morning Star News by text message. “It was a well-coordinated attack on my community.”

In Jema’a County on the night of Jan. 1, armed herdsmen attacked predominantly Christian Nisama village and killed Yohanna Abu. Aruna said that the assailants kidnapped Abu and then shot him at close range.

“The gunmen … abducted Mr. Abu along with another resident, Mr. Charles Audu,” Aruna said. “A struggle ensued between the duo and the kidnappers, and while Mr. Audu was able to escape, the kidnappers shot Mr. Abu dead.”