Two Christian converts were released from prison on January 20 at the conclusion of their one-year prison sentences for membership of a house church, but one of them now faces two years’ internal exile.

They had begun their sentences in February 2021, but were sent on leave from prison in March. The leave was extended several times before they were finally summoned in November to serve the remainder of their sentences. 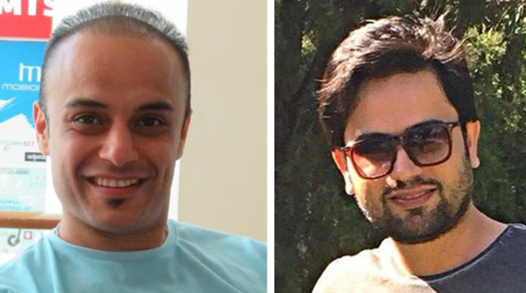 Sasan, a hotel manager, must now begin a further sentence of two years’ internal exile – that is, exile within Iran – during which time he will be barred from employment in the hospitality sector.

It is not known where Sasan will have to undergo his exile. Christians forced into internal exile in recent years have been sent more than 1,000 kilometers from their home towns.

Habib and Sasan were among seven Christians originally sentenced in June 2020 on charges of “propaganda against the state through promoting Christianity” under Article 500 of Iran’s Islamic Penal Code.

Judge Hedayat Rahavi ruled that Habib, Sasan and his brother Sam were guilty of “organization of house churches and promotion of Christianity, which are clear examples of propaganda against the state.”

The group of seven, which included the wives of Sam and Sasan and a fourth man, Pooriya Peyma and his wife, received sentences ranging from imprisonment and internal exile to fines and restrictions on work. Sam’s wife Maryam received a life ban from working for any national institution, including the hospital where she had worked for 20 years.

Roksari Kanbari, a 64-year-old Christian convert from Islam, who has already served time in prison for “propaganda against the regime”, was summoned to appear before a prosecutor in her home town of Karaj by January 19 to answer the same charge again.

In November 2021, however, a judge in the city of Dezful issued a significant decision when he acquitted eight Christian converts of “propaganda activities in favor of anti-regime groups”, ruling that “religious conversion” is not criminalized in Iran’s Islamic Penal Code.

Pray that the Lord will guide Sasan and Habib as they adjust to life outside prison, especially Sasan and his family as they cope with the uncertainties of internal exile.