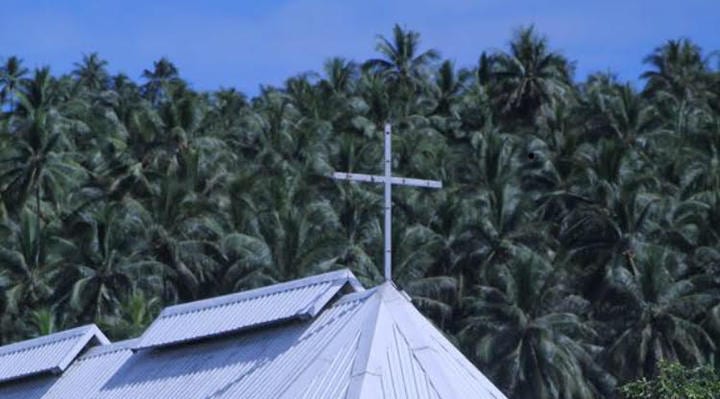 Thousands have been displaced due to the violence, which increased since last year, according to rights activists. Among those targeted was Pastor Yeremia Zanambani of the Protestant Evangelical Church, who was killed in the Intan Jaya regency area on September 19, investigators said.

A report from the Indonesian National Commission on Human Rights said that Pastor Zanambani was tortured before being shot by Indonesia’s army.

Soon after, another pastor, Albert Degei, was found dead in mysterious circumstances in the Nabire regency, Christians added.

Local police reportedly attributed his death to “an epileptic fit,” but the official medical report was not shared with the victim’s family, Worthy News learned. The presence of multiple head injuries raises serious questions about the official story, Christians said.

There were more incidents including on October 7 when Catholic catechist Agustinus Duwitau was shot and injured. Indonesian soldiers allegedly mistook him for a member of the independence-seeking West Papua National Liberation Army.

Details emerged as violence spread to the highlands of Papua province, with two school teachers shot dead this month in Puncak district.

The West Papua Liberation Army claimed responsibility for at least one of the killings, saying the teacher was an Indonesian spy.

Indonesian military and police responded by evacuating residents as they pursued the Liberation Army’s fighters and supporters.

Thousands of villagers in the region have been displaced by violence between Indonesian security forces and the rebel group since it escalated two years ago.

Amid the turmoil, some 8,000 people reportedly sought shelter in the nearby Jayawijaya Regency area. Since then, 400 displaced Papuans have died in Jayawijaya due to diseases and other strains, according to advocacy groups.

The violence is a legacy of past Dutch colonial rule here and calls for Papuan independence from Indonesia.

She has also been asked to monitor thousands of military and police personnel deployed to Papua since August 2019.

The Commissioner repeatedly requested access to Papua, but Jakarta declined to embrace her visit to this troubled region of the world’s largest Muslim-majority nation.

West Papuan church leaders who signed the open letter to the U.N. included Pastor Dorman Wandikbo of the Indonesian Evangelical Church, Reverend Benny Giay of the Kemah Injil Church, and Reverend Andrikus Mofu, the Chairman of the Evangelical Christian Church.

In addition, Reverend Socratez Sofyan Yoman, the President of the Fellowship of Baptist Churches of West Papua, also signed the letter.

Following their public appeal, the church leaders were targets for “threats and intimidation” from authorities and even Indonesians from within their churches, Christians said.