Police in Pakistan Torture Christian into False Confession of Blasphemy 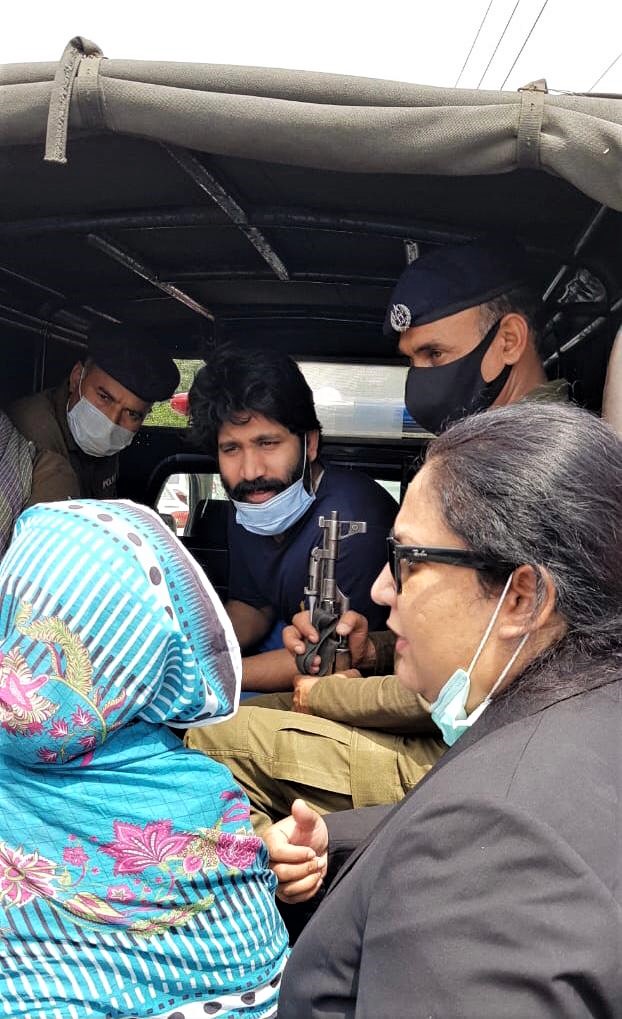 LAHORE, Pakistan (Morning Star News) – Police in Pakistan tortured a Christian man into confessing to a false allegation of blaspheming Islam and illegally kept him in custody for more than two months, his attorney said.

Salamat Mansha Masih’s attorney, Aneeqa Maria of The Voice Society, said police were required to present the 26-year-old Christian before a judge within 24 hours of arrest. Lahore police arrested Masih on Feb. 13 after Muslims overheard him reading the Bible in a park and accused him and a friend of ridiculing Islam and its prophet.

Masih was in custody for two months and three days before he was presented before a judge on April 16, Maria said.

“During this period, he was kept in at least three different police stations and illegal torture cells, where he was mentally and physically tortured to confess to the baseless accusation,” Maria told Morning Star News.

While incarcerated, police repeatedly threatened to kill him, she said. Family members were not allowed to meet him, and his mother and siblings saw him for the first time in two months when the police brought him to jail after his appearance before a judge. Even then police did not let them talk to Masih, whose father died 20 years ago, until a week later, she said.

“When we were finally able to talk to Salamat in private at the District Camp Jail in Lahore on Friday [April 23], he told us that he had suffered immense torture and verbal abuse during his illegal confinement,” Maria told Morning Star News. “The police investigators forced him to admit to blasphemy. They also tortured him into naming other members of the Bible study circle.”

Authorities also questioned him about the whereabouts of the friend with whom he was reading the Bible, Haroon Ayub Masih, also charged, who fled the city after gaining pre-arrest bail, she said.

The attorney said she regretted that neither the court nor senior police officials have taken notice of officers' illegal actions against Salamat Masih.

“This is a serious human rights violation, yet no one seems to be bothered about it,” Maria said, adding that she was preparing to seek bail for him despite slim chances of success.

“Obtaining bails in blasphemy cases has become virtually impossible now,” she said, citing pressure by an Islamist political party and a hardline group of Muslim lawyers to keep judges from granting bail. “One of my clients, Patras Masih, a 23-year-old blasphemy accused, is in jail for the last three years. I’ve moved six bail petitions for his release on statutory grounds, however, the judges keep issuing notices to the prosecution at every hearing instead of granting him bail.”

Masih and his friend, the 26-year-old Haroon Ayub Masih, were studying the Bible in Lahore’s Model Town Park on Feb. 13 when a group of Muslims approached and told them they should not read the Bible in public, Maria said. Haroon Masih returned home after the Muslims left, and when they returned to find Salamat Masih still at the park, the group summoned the park’s security personnel and falsely accused the two Christians of using derogatory words for the Koran and Muhammad, Maria said.

She said someone from the group of Muslims then called the Tehreek-e-Labbaik Pakistan (TLP), a far-right Islamist political party reportedly behind most blasphemy cases against Christians and the Ahmadiyya, a sect originating in Islam that Muslims repudiate.

The TLP leaders arrived and pressured police to register a case against the two Christians for derogatory remarks against Muhammad (Section 295-C of the Pakistan Penal Code), punishable by death; defiling the Koran (Section 295-B), punishable by imprisonment for life and fine; and deliberate and malicious acts intended to outrage religious feelings (Section 295-A), punishable by up to 10 years in prison and a fine, Maria said. The complainant is listed as Haroon Ahmed.

When police started conducting raids on Bible circle members and taking them into illegal custody where they were also brutally tortured, Haroon Masih decided to flee the city, she said.

The Tehreek-e-Labbaik Pakistan and Khatam-e-Nabuwwat Lawyers Forum are believed to be involved in all blasphemy cases involving Pakistani minorities, especially Christians, Shia Muslims and Ahmedis in Punjab and Sindh provinces.

Blasphemy Cases
Earlier this month, two Christian nurses complying with a supervisor’s orders to remove stickers at a government hospital were arrested in Faisalabad after a Muslim employee attacked one of them with a knife for the removal of a sticker bearing Koranic verses.

Nurse Mariam Lal and student nurse Navish Arooj were charged under Section 295-B of Pakistan’s blasphemy statutes against “defiling the Koran” after an Islamist mob led by Tehreek-e-Labbaik Pakistan demanded “death to blasphemers” inside Faisalabad Civil Hospital.

The blasphemy accusations against the two women come after Tabeeta Gill, a nurse at a Karachi hospital and a gospel singer, was slapped, beaten and locked in a room by a violent mob on Jan. 28 after a Muslim co-worker baselessly accused her of blaspheming Islam.

Police initially cleared Gill of denigrating Muhammad but later succumbed to pressure of an Islamist mob that converged on their station and charged her under Section 295-C.

False accusations of blaspheming Islam in Pakistan are common, often motivated by personal vendettas or religious hatred. The highly inflammatory accusations have the potential to spark mob lynchings, vigilante murders and mass protests. Currently, 24 Christians are in prison due to blasphemy charges. They are defendants in 21 blasphemy cases at various levels of the judicial process.

The government’s failure to curb the misuse of the blasphemy laws is emboldening false accusers, rights activists and church leaders say.

The U.S. State Department on Dec. 7 re-designated Pakistan among nine other “Countries of Particular Concern” for severe violations of religious freedom. Previously Pakistan had been added to the list on Nov. 28, 2018.