At least eight Christians have been left with fractured bones after the small Christian community of Chak 5, a village in the Okara region of Punjab, Pakistan, was terrorized by a Muslim mob of around 200 people.

One of the Christians, Mangta Masih, was reported to have lost his thumb trying to protect himself from being attacked with a sickle blade.

The incident has now been reported to the police, and a case has been registered against 66 people accused of breaking into Mangta’s house. Church leaders and elders from the Muslim community have worked together to restore peace to the area. 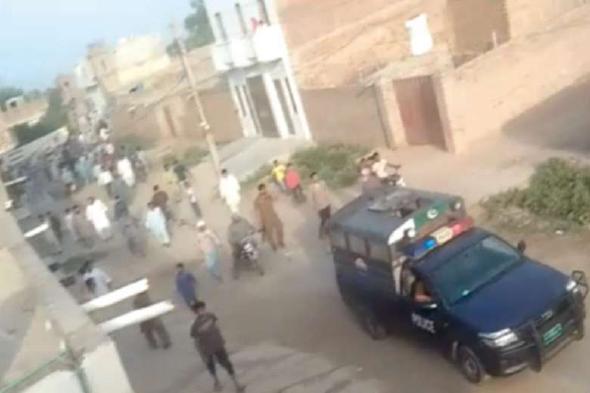 The incident began on May 14 when a Muslim man, named locally as Khalil, accused Mangta and two other Christians who were cleaning the entrance of the village church of throwing dust at him.

After this altercation, Khalil and five other men returned to attack the Christian men with weapons, leaving all three with injuries.

The following day (May 15), the 200-strong mob launched an attack on Christian homes.

“They were armed with glass bottles, stones, axes, batons and bricks,” said Mangta. “Others used stairs to climb to our roofs and started breaking our furniture. We pleaded to spare the women, but the attack continued for half an hour.”

A woman among the victims reported, “They broke the locks, grabbed our hair and pulled us out one by one. Young girls were assaulted and left with torn clothes.” Many of the assailants broke into Mangta’s house, violently attacking his sister-in-law.

Local church minister Khalid Mukhtar said, “The weakness on the part of the administration encourages such attacks on religious minorities. The culprits are usually let off scot-free. Religion is used to settle personal scores.”

He added that the 80 Christian families in the area were still traumatized, despite the prompt action of the police, explaining, “The locals fear another attack.”

Christians are often the targets of religiously inspired violence in Pakistan. Earlier this month three Christian nurses in Lahore were forced to flee for their lives after being falsely accused of “blasphemy” by Muslim colleagues.