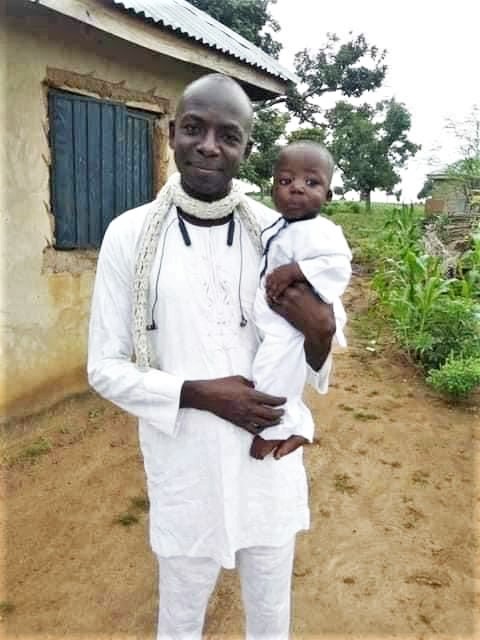 Leviticus Makpa, 39, had established a Christian school in Kamberi village, where he served as a pastor and church planter. His son, Godsend Makpa, was killed in the attack on his mission base on May 21.

“Our missionary brother, Pastor Leviticus Makpa, was shot dead with his son by Fulani bandits,” area resident Deborah Omeiza told Morning Star News in a text message. “His wife escaped with their daughter.”

A close associate of Pastor Makpa, Folashade Obidiya Obadan, said the pastor had texted her as herdsmen surrounded his house.

“Pastor Leviticus Makpa advised that I should not phone, as the herdsmen have surrounded his house and are attacking his mission base,” Obadan told Morning Star News. “I quickly sent airtime to him to enable him keep communicating with me. While I was waiting to hear from him, we began to pray for their protection.”

She and her husband learned of the deaths of the pastor and his son the next morning, she said.

“Soldier of Christ, Leviticus Makpa, one of my greatest 2021 blessings is to have met you,” she said in a tribute to the slain pastor. “Thank you for giving me the privilege to serve in my little way. What a life you lived, sir!”

Another close associate, Samuel Solomon, said in a tribute that herdsmen had attacked Pastor Makpa previously.

“Fulani bandits came against them, they hid in the cave to save their lives, and after they left, he went back to the field with his family; how many of us can do this?” Solomon said. “He eventually lost his life and that of his son; the wife and daughter escaped. He knew his life was at stake, but burden for souls won’t let him run away from the field.”

Pastor Makpa was serving in a remote village where education was lacking, he said.

“He established the only Christian school in the village and raised many souls,” Solomon said. “He came and attended the last Christian conference with us, and we had planned on how to adopt him as our missionary, but painfully he has joined the league of martyrs in Heaven. His blood will testify over the land and also against the insecurity of a corrupt Islamist government in Nigeria.”

Appealing for aid for the pastor’s widow and daughter, Solomon said the attack was part of an attempt to wipe out Christianity in the region.

“Pastor Makpa had no money, in fact, the community he is serving has no basic social services provided by the government. So, what were the herdsmen looking for?” he said. “Definitely it couldn’t have been money, their mission was to obliterate the church.”

Another associate, Yural Molkalang Mai, said Pastor Makpa was a graduate of industrial chemistry from the University of Jos and a missionary serving among the Kambari people of Niger state.

“Pastor Leviticus Makpa, you denied yourself, you took up your cross, you fought a good fight, you finished your course, you kept the faith, you were a true soldier of the Lord, you died at your post, rest on brother!” she said in a tribute. “I weep no more, for verily I know, precious in the eye of the Lord is the death of His saint.”

“The church advances through the blood of the saints,” Yeagar said. “The courage and life of Pastor Leviticus Makpa has really inspired me. The church in Nigeria needs prayers, especially those in high-risk areas such as the Middle Belt and the northern part of the country.”

A funeral service was held for the pastor and his son in Suleja, Niger state on May 23.

Nigeria was the country with the most Christians killed for their faith last year (November 2019-October 2020), at 3,530, up from 1,350 in 2019, according to Open Doors’ 2021 World Watch List report. In overall violence, Nigeria was second only to Pakistan, and it trailed only China in the number of churches attacked or closed, 270, according to the list.

Nigeria led the world in number of kidnapped Christians last year with 990. In this year’s World Watch List list of the countries where it is most difficult to be a Christian, Nigeria broke into the top 10 for the first time, jumping to No. 9 from No. 12 the previous year.