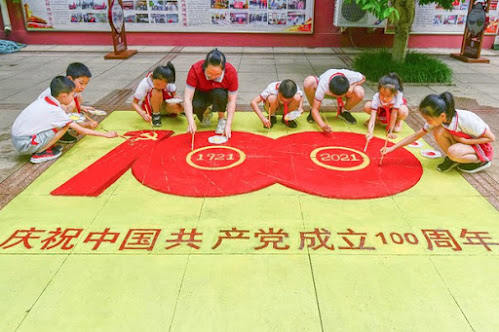 Students draw an image commemorating the 100th anniversary of the CCP on the ground in Qingzhou,
in China's eastern Shandong province, June 24, 2021.

Authorities in some parts of China are banning primary school students from reading "unauthorized" books in their spare time, according to social media posts and a local resident.
The Chengde primary school in Qingyun county in the eastern province of Shandong recently wrote to parents calling them to check that their children didn't possess any banned books.
"Please conduct a thorough search for religious books, reactionary books, homegrown reprints or photocopies of books published overseas, and for any books or audio and video content not officially printed and distributed by Xinhua Bookstore," the school said in a recent circular letter to parents, according to screenshots posted to social media. 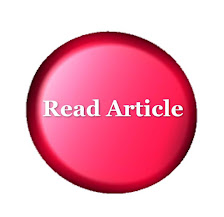 ###
When the righteous are in authority,
the people rejoice;
But when a wicked man rules,
the people groan.
~ Proverbs 29:2 (NKJV)
China Aid exposes abuses in order to stand in solidarity with the persecuted and promote religious freedom, human rights, and rule of law. If you wish to partner with us in helping those persecuted by the Chinese government, please click the button below to make a charitable donation.