Christians in Iraqi Kurdistan have been forced to abandon homes and farmland due to Turkish bombardment in the region as part of “Operation Claw-Lightning”.

Earlier this year the persistent bombing led to the inhabitants of Chalke village in the region of Duhok making the heart-breaking decision to evacuate, not knowing whether they would be able to return.

The Turkish operation, which began in April 2021, is ostensibly a campaign against the Kurdistan Workers’ Party, a Marxist-Leninist guerrilla group designated as a terrorist organisation by Turkey, as well as by the United States and the European Union. 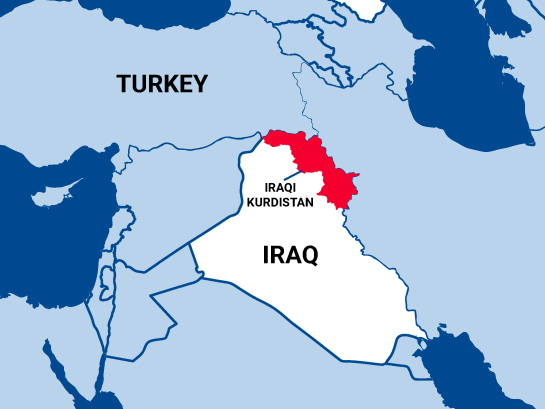 This includes Assyrian Christians indigenous to the region, as well as those from Mosul and the Plains of Nineveh (the historic centre of Iraqi Christianity) who fled to Kurdistan to escape Islamic State (ISIS, ISIL, Daesh) and subsequent violent persecution.

On 3 May the village of Kesta in Duhok was completely evacuated, with many of the villagers fleeing to nearby Chalke. A few days later the men of Chalke held a meeting, at which they made the collective decision to evacuate.

By 8 May the population of Chalk, around 20 families, had left, except for one man who refused, saying, “I have not abandoned my house and will not until I die. I sleep in my house, disregarding the constant bombardment.”

Further bombing raids on 26 May destroyed a church building in the village of Miska (also known as Musaka).

The military operation has continued, leading to at least three other civilians being seriously injured, further evacuations, and the destruction of thousands of acres of agricultural land.

An analyst writing for The Jeruslam Post argued, “This looks like ethnic cleansing … Turkey has systematically targeted areas of Christian, Yazidi and Kurdish minorities”.