A police directive to keep “consistent watch” on Christians issued by a police superintendent in the state of Chhattisgarh, India, demonstrates the “false narratives” used against Christians by radical Hindutva nationalist groups.

Dr Joshva Raja John, Associate Director of the Oxford Centre for Religion in Public Life, argues that suspicion of believers is driven by anti-Christian “myths” propagated by extremist organisations such as Rashtriya Swayamsevak Sangh (RSS) and Vishva Hindu Parishad (VHP).

The directive, issued by Sunil Sharma, the Superintendent of Police in Sukma district, argued that Christians are “routinely” trying to persuade non-Christians to convert by “enticing and offering them allurement”. 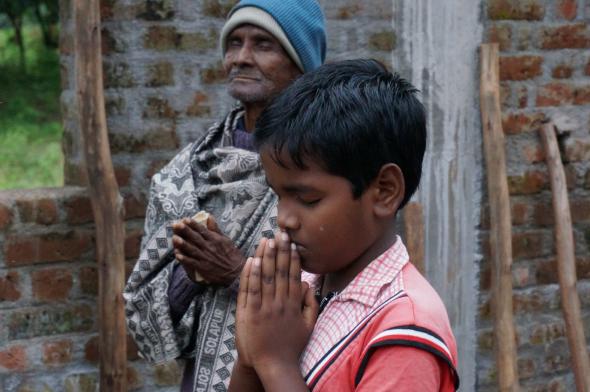 Chief among the false narratives perpetuated by RSS, VHP and others, are that Christians – as well as Muslims – are engaged in forced conversions of Hindus and adherents of other traditional Indian religions.

These, argues Dr John, are “myths and rumours” designed to allow “complaints against Christians in any police station”.

Second is the false accusation that Christians are supporters of Indian Maoists – that is, supporters of the Communist Party of India and of Marxism-Leninism as interpreted by Mao Zedong, the founding father of Chinese communism.

This, explains Dr John, is a result of Christians providing help and education to tribal communities and Dalits (low-caste Indians, pejoratively referred to as “untouchables”).

Thirdly, Christians are accused of undermining Indian values by promoting undesirable aspects of Western culture, such as drunkenness, immodest dress and sexual immorality.

Furthermore, says Dr John, Christians, along with Muslims, are accused of eating beef and therefore taking part in the slaughter of “sacred” cows.

The false narratives promoted by the RSS and VHP are given legitimacy by the governing Bharatiya Janata Party (BJP) of Prime Minister Narendra Modi, a party which is committed to a Hindutva nationalist position.

The BJP and other nationalist groups, according to a Delhi-based political researcher, view evangelistic and missionary activity as “a security threat” with the potential to “destabilize the nation”. The BJP employs this narrative to generate fear among the electorate and thereby gain votes.

Anti-conversion laws in BJP-controlled states such as Chhattisgarh, Gujarat, Uttar Pradesh and Madhya Pradesh result in harassment of Christians by both the authorities and by the community, and, while the BJP reportedly has no plans to do so, in June 2021 the VHP called for the enactment of an anti-conversion law across the whole of India.

Research indicates that the climate of hostility encouraged by anti-conversion laws can result in increased anti-Christian violence.

Increasingly these laws shift the burden of proof from the prosecution to the accused, with the result that even spurious accusations are more likely to result in convictions.

Furthermore, the recent anti-conversion amendment in Gujarat makes it illegal to persuade somebody to convert with the promise of “divine blessings”. If applied rigorously this may criminalise the Gospel message that repentance and faith in Christ leads to forgiveness of sin and everlasting life.

As such an Indian legal expert argued that “a ban on conversion motivated by any sort of gain is in effect a ban on all conversion”, and that anti-conversion laws nullify India’s constitutional commitment to freedom of religion.