Mixed Messages in Vietnam amid COVID-19

By Our Vietnam Correspondent 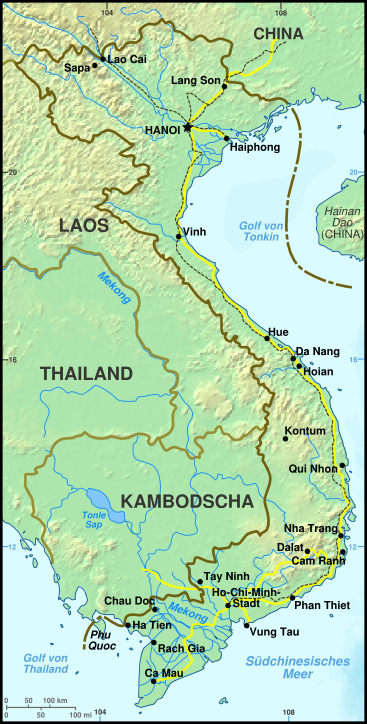 In rapid tests, some 290 of the 306 students and staff on the campus in the city’s urban District 2 tested positive for COVID-19. Authorities immediately clamped a quarantine on the campus and sent in a small medical team.

Among the 15 cases that required off-campus hospitalization were those of the dean of students, pastor Nguyen An Thai, and his wife. All the hospitalized were improving except for three students who remained seriously ill at this writing. Many of the infected who remained on campus had coughs and fevers and were weak. A male student on campus who was mildly ill died from a serious fall.

Two Christian doctors and five volunteers of a Christian student fellowship have courageously gone into the quarantined campus to serve for the duration.

Among the first hotspots in what Vietnam calls its fourth wave of COVID-19 was a serious outbreak related to the Revival Ekklesia Mission (REM) house church at the end of April. At that time the government and state-controlled media came down very hard on the small church and its leaders, blaming and shaming them and launching a criminal investigation for spreading a dangerous disease.

Media and public opprobrium began to abate only when Ho Chi Minh City was overcome by other, larger outbreaks in factories and schools.

With the memory of harsh treatment of the REM church outbreak still fresh, however, ECVN(S) leaders appealed to communist authorities to refrain from making a big fuss about the Bible school outbreak in the media, and they complied. Government-church cooperation in this case has been better managed by both sides.

Churches, other Christian organizations and individuals generously donated equipment and supplies to the affected school. The ECVN(S)’s Social and Medical Committee (SOMEDCO), for its part, went into high gear with both local and international support. Churches in Hong Kong donated 100 ventilators. SOMEDCO supplied 10 to their affected school and 20 to the National University in Ho Chi Minh City. Others are being distributed as needed.

The SOMEDCO also prepared care packages worth about $25 each for hundreds of affected and quarantined families, both church members and not, as well as hundreds more for minimally paid public COVID-19 sanitation workers and their families. With food preparation on the campus not possible, SOMEDCO was also tasked with supplying 1,100 meals a day for the quarantined, so far costing about $60,000.

On 21 July SOMEDCO representatives went to the offices of the Vietnam Fatherland Front to present a gift of 1.1 billion Vietnamese dong (US$48,000) for the national fund for purchasing COVID-19 vaccines.

Authorities have approached representatives of the various religions for volunteers to work in COVID-19 hospital wards. The Vietnam Evangelical Alliance of house churches recruited 10 such volunteers. This service requires a three-month commitment, two months of service isolated within the institution and three weeks of quarantine after the service. Catholic news service Asianews reported that teams from various religions supplied 299 such volunteers in Ho Chi Minh City.

Until this “fourth wave,” Vietnam had been among the top 10 countries in the world in controlling the virus. In a country of just under 100 million people, the total numbers of cases at this writing was only 110,000, and deaths were 524. But now Vietnam is recording about 6,000 new infections a day, mostly in Ho Chi Minh City.

In contrast to implementing anti-religion communist ideology, Vietnam seems to be recognizing that religion is not a parasitic leech on society but a willing contributor to the national fight against the pandemic.

Nevertheless, the earlier REM church outbreak appears to have left lingering negative fallout. Many partially registered and non-registered churches that make up at least a third of Vietnam’s evangelicals are experiencing increased scrutiny under the onerous terms of the 2018 Law on Belief and Religion. At least one group has been ordered to cease its online worship services.

Church leaders who do not wish to be quoted by name fear that this scrutiny will lead to more intense government interference and control of their internal affairs.