JOS, Nigeria (Morning Star News) – Fulani herdsmen killed 36 Christians in multiple attacks in Kaduna state, Nigeria this month with impunity, while a church leader complained that authorities arrested only Christians for defending themselves. 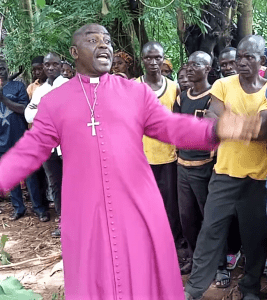 The attacks from Aug. 4 to Saturday (Aug. 28) on villages in Zangon Kataf, Kaura and Chikun counties took the lives of 17 Christians in Doh (Mado) village, five in Madamai, eight in Buruku and Udawa, three in Machun and three in Goran Gida, residents said.

“Fulani herdsmen have killed three of our Christians, and five other Christians were also injured,” she said. “It rained at the time the herdsmen invaded our village. We all had already gone to houses to sleep when the herdsmen attacked the village, forcing us to flee into the bush in the rain.”

“Police personnel responded to a distress call from Machun village and mobilized there,” he said. “On arrival, they were also alerted by gunshots from neighboring Manuka. As the assailants fled the area, the operatives found the corpses of three victims.”

The Rev. Jacob Kwashi, Anglican bishop of Zonkwa Diocese, and residents of the affected communities said the assailants were Muslim Fulani herdsmen.

“My hometown of Doh (Mado) is under attack from Fulani herdsmen,” village resident Patience Bilyock said a text message to Morning Star News. “O God, arise and fight for your children.”

Kwashi, while conducting a funeral service for the 17 Christians killed in the village, said the government was doing nothing as killings continued each day in Middle Belt states.

“We have never seen an evil government in this country like the one of today. The government is fully in support of the bloodshed in Nigeria. We are being killed just because we are not Muslims,” Kwashi said. “These evil Fulani jihadists are enjoying the backing of the government to go about killing people, destroying their houses and farmlands, yet when we try to defend ourselves, the government will go about arresting our people. What kind of justice is this?”

On Aug. 16, herdsmen attacked Goran Gida village, also in Zangon Kataf county. Aruwan said three residents were killed: Amos Bulus, Bulus Swam and Simon Akut. A resident identified only as Kezia was wounded, and the assailants set a car on fire, he said.

“Five Christians were killed in this attack by Fulani herdsmen,” Bala said.

In Buruku and Udaw‎a villages in Chikun County on Aug. 13, herdsmen killed eight Christians as they worked on their farms, residents said. Five Christian farmers were killed in Buruku village and three in Udawa village, area resident John Audu said.

“We are tired of the blood being shed on a daily basis here,” Audu said. “We need help.”

On Aug. in Magamiya village, armed herdsmen wounded one Christian.

“A Christian by the name of Shedrach Yohanna was shot by the Fulani Herdsmen on his arm,” Maigamiya resident Jude Hassan said in a text message. Aruwan confirmed the attack and injury.

“Troops responded to a distress call, mobilized to the village and engaged the assailants and successfully repelled them,” Aruwan said.