LAHORE, Pakistan (Morning Star News) – A Muslim supervisor is threatening to file blasphemy charges against a Christian sanitation worker in Pakistan if she refuses to withdraw her sexual assault accusation against him, a human rights leader said. 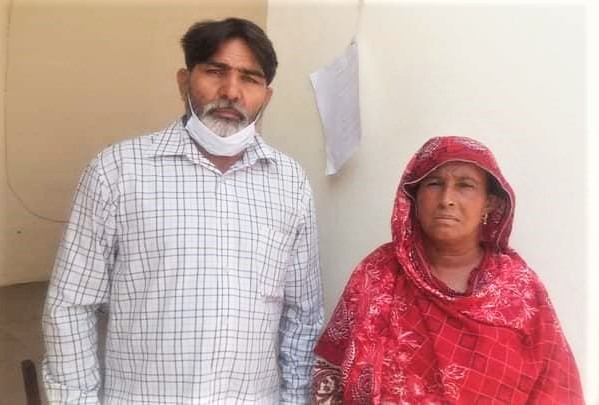 Salima Rani Bibi, a 50-year-old Catholic sweeper in the sanitation branch of the Khanewal Municipal Committee in Punjab Province, was allegedly groped and had clothes torn off by supervisor Ajmal Khan Dukki in front of other employees on July 22 after she repeatedly refused his demands for sex, said Riaz Aasi, chairman of Alpha Human Rights Care Organisation.

Aasi said Dukki routinely sexually harassed Rani Bibi, a mother of six girls, and made lewd remarks to her in front of other Christian workers.

“When Rani Bibi filed a complaint against him with the Tehsil Municipal Administration (TMA) Khanewal, Dukki and other senior officials started intimidating her by stopping her salary and going as far as threatening her with abduction of her daughters, four of whom are minors,” Aasi told Morning Star News.

Aasi said that when Rani Bibi refused to withdraw her complaint, Dukki groped her private parts and tore off some of her clothes.

“This incident happened in front of a large number of employees, but even though all of Rani Bibi’s Christian colleagues are willing to testify in her favor, the court has been adjourning the hearing on one pretext or the other,” Aasi said.

Rani Bibl has also filed a complaint with the Khanewal police station house officer, Khanewal deputy commissioner and Khanewal district police officer to no avail. Aasi said a scheduled Aug. 6 court hearing was postponed to Aug. 16, but then that hearing was also postponed. The next hearing is scheduled for Friday (Sept. 3). Aasi suspects the courts are delaying the process due to political pressure by the accused.

Rani Bibi has been forced to go into hiding along with her children due to mounting pressure on her to withdraw the harassment case, he said.

The accused belongs to the influential Dukki family of Khanewal, which shares powerful connections with Punjab Chief Minister Usman Buzdar, Aasi said. The chairman of the Khanewal Municipal Committee, Janwal Masood Majeed Khan, also belongs to the Dukki family. The accused and Majeed Khan, along with Qazi Farhan, the in-charge of the sanitation branch, are using their political clout against Rana Bibi, Aasi said.

Aasi said that since he intervened on Rani Bibi’s behalf, Ajmal Khan Dukki and the other officials have engaged in a campaign of character-assassination against Rani Bibi, openly reviling her and the other Christian employees.

“We are waiting to see how the hearing on Sept. 3 goes,” Aasi said. “We are ready to organize a district and provincial-level protest if silenced. We are not afraid to go as far as a hunger strike.”

Discrimination against Christians
Most sanitation workers in Pakistan are Christian. Some Hindus in Sindh Province also work in sanitation, but Muslims in the country refuse the work.

“They know that these poor workers cannot do anything against them, hence the harassment is continuing unabated in almost all cities of Punjab and Sindh provinces,” Nawab said.

The manner in which Rani Bibi has been denied justice shows how the majority population treats the most vulnerable segment of society, he added.

“Threats of involving the poor woman in a blasphemy case should also be taken seriously by the police and district administration officials,” he said. “They need to support a woman who has taken a just stand against her harassment instead of becoming a party to her victimization campaign.”