* SUDAN [RLPB 613 (1 Sep)], where customs officials are refusing to release a shipment of Bibles in violation of Sudan's Fundamental Rights and Freedoms Act 2020; the government is not honouring its promise to return to the Church properties confiscated by the former regime; and Islamists have been permitted to threaten and intimidate Boutros Badawi (a Christian and senior adviser to the Religious Affairs Minister) with impunity. Many fear that the government is trading away the rights of Christians for peace with belligerent Islamists.

Early on Tuesday 21 September government forces thwarted an attempted coup led by a pro-Bashir faction within the military. Prime Minister Hamdok described the coup attempt by 'remnants from the previous regime' as 'highly organised'. It involved an attempt to take over the building housing state radio and television and the use of tanks to block the bridge between Khartoum and Omdurman, hampering oil production. Having received intelligence the night before, the government was able to move quickly to foil the plot in its earliest stages. Praise God! Arrests have been made and an investigation launched. Civilian-military tensions are soaring. Please continue to pray for Sudan. 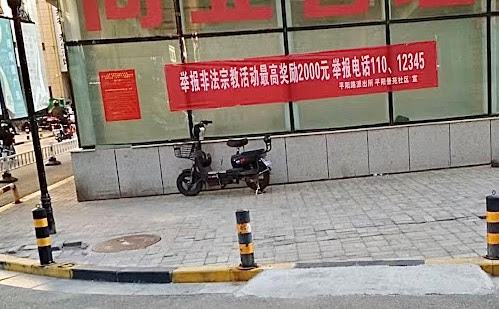 Authorities in Taiyuan, the capital of Shanxi Province, have erected large posters offering to reward those who inform on Christians engaged in 'illegal religious activity'. According to China Aid Association the posters read: 'Report illegal religious activities and receive a cash reward up to ¥2,000 ($US310). Call: 110 or 12345.' Please pray for the Church in Taiyuan.

* INDIA [RLPB 615 (15 Sep)], where persecution is escalating in Gaya District, Bihar State as Dalits continue to leave Hinduism for Christianity. We prayed especially for Nitish Kumar (14) who is in hospital, fighting for his life, after Hindu nationalists dowsed him with flammable liquid and set him on fire because of his Christian faith.

UPDATE ON NITISH KUMAR from Morning Star News: 'Shortly after midnight on September 26, Nitish Kumar succumbed to his injuries'. Please pray for the Kumar family; may the God of all comfort sustain them; and may those who perpetrated this heinous murder be brought to justice.

UPDATE ON RELIGIOUS FREEDOM IN INDIA 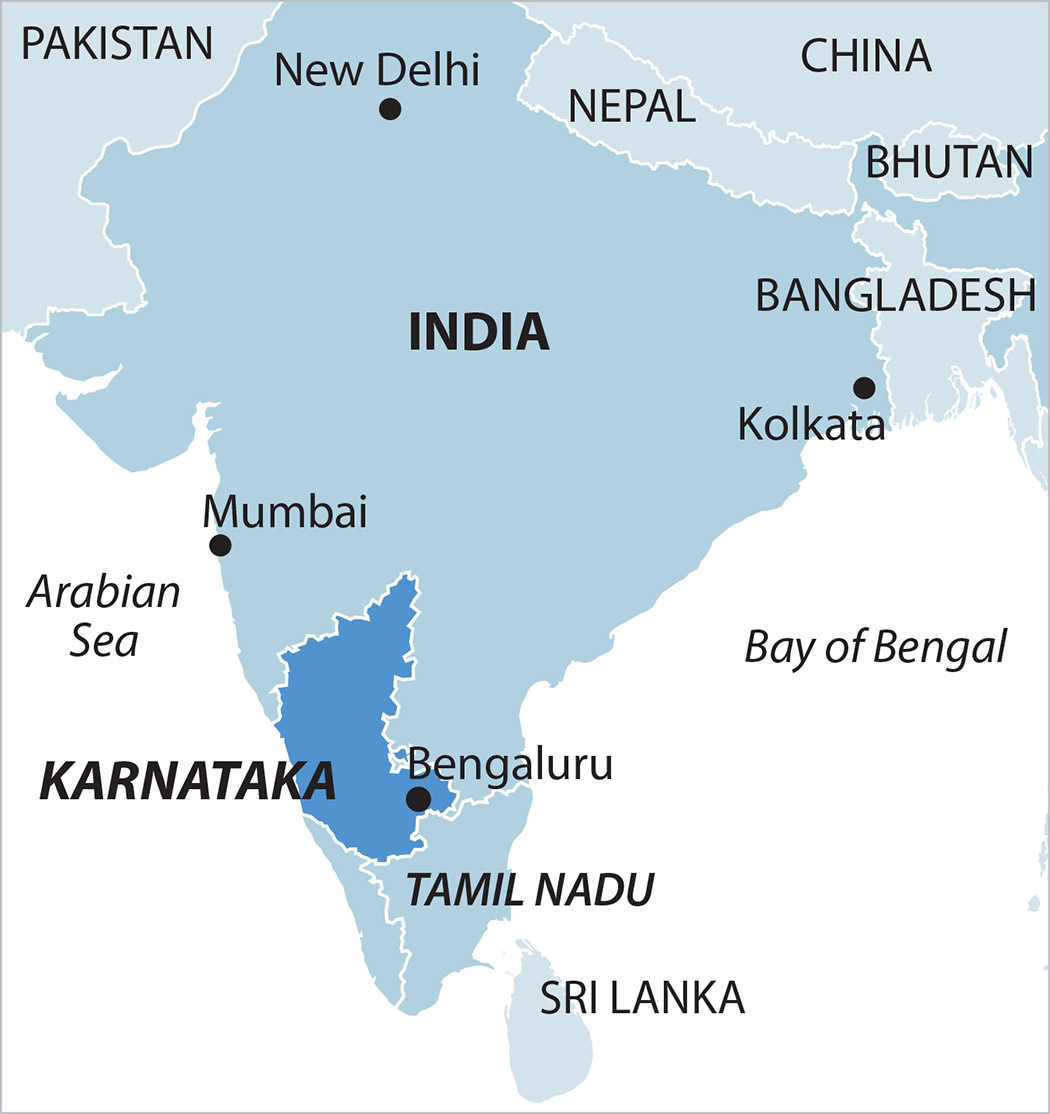 The Hindu reports (21 September) that, on 21 September, MP Goolihatti Shekhar of the Hindu nationalist Bharatiya Janata Party (BJP) addressed Karnataka's State Legislative Assembly on the subject of conversions. 'Christian evangelical missionaries are indulging in a rampant campaign of religious conversion in my constituency of Hosadurga,' he said, before proposing that Karnataka enact a law to prevent such conversions. Minister for Home Affairs, Araga Jnanedra (BJP), responded by informing the legislators that the government had been contemplating such a law. MP Shekhar went on to say not only are 'forced conversions rampant in Karnataka', but churches petition to file cases of atrocities against Hindus! [Presumably cases of violent persecution.] The Home Affairs Minister responded by vowing to take action against police officials who register 'false cases'. MP Shekar told the parliament that his own mother had converted to Christianity and been 'brainwashed' into not wearing vermilion on her forehead and abandoning idol worship. Even worse, he said, she had downloaded a Christian song as her ringtone, and this had 'caused embarrassment to the family'.

According to The Hindu, 'More than 15,000 people, particularly belonging to Dalit and backward castes and the poor, have been converted to Christianity by missionaries in Hosadurga constituency.' Outraged that religious conversions have been occurring across Karnataka, MP KG Bopaiah (BJP) insisted there is a 'dire need for a strong law on the lines of what exists in Uttar Pradesh'. On 22 September ten Catholic Bishops met Chief Minister Basavaraj Bommai (BJP) to voice their concerns. Please pray.

(2) THE QUAD: A REVIVED ALLIANCE

The QUAD - officially the Quadrilateral Security Dialogue - is an 'informal alliance' comprising India, Japan, Australia and America. First initiated in 2007 (but without success), the QUAD is being revived for the primary purpose of maintaining maritime security in the Indo-Pacific in the face of China's assertive behaviour. The QUAD - which will co-operate on security, economic and health issues - presents Australia and the US with a wonderful opportunity to apply pressure on India over human rights. First however, Australia and the US need to stop praising India as 'the world's largest democracy' and recognise that India's last federal election (April-May 2019) was actually the most sophisticated subversion of democracy in modern times [see RLPB 506 (12 June 2019)]. Instead of lauding our 'shared values', Australia and the US need to recognise that India's ruling Bharatiya Janata Party (BJP) is a Hindu nationalist outfit that promotes religious apartheid and stokes sectarian divisions for political gain. Please pray that Australia and the US not waste an opportunity to challenge India over its appalling human rights: in particular, its lack of religious freedom and Christian security.

UPDATE: On 22 September the government of DRC announced that it had arrested a Jordanian national with alleged ties to Islamic State. However, according to documents seen by Reuters, the man was carrying a Kosovo residence permit, identifying him as a 40-year-old Saudi Arabian national. He was arrested in Makisabo, near the city of Beni, North Kivu Province, on 18 September and taken to Kinshasa for questioning. He is believed to have been in charge of the ADF's drones. Please pray for the Church in DRC.

During the first weeks of September, the Tatmadaw (Burmese military) launched attacks - including air strikes - on Chin State's predominantly Christian Thantlang Township (population around 10,000), close to the border with Mizoram, India. On the weekend of 18-19 September, Burmese troops fired artillery into residential areas causing some 20 homes to burst into flames. They then shot and killed Pastor Cung Biak Hum (31), of Thantlan Century Baptist Church, as he and several others came out to try and extinguish the flames. After killing the pastor, junta troops then cut off his finger and stole his wedding ring, along with his watch and phone. Pastor Hum is survived by his pregnant wife and their two sons aged 11 and 7. Virtually the entire population of the town has fled.

Meanwhile, the Baptist World Alliance has called for the release of the Rev Thian Lian Sang who leads Falam Baptist Church in Shwe, Mandalay. An ethnic Chin, Rev. Sang was arrested by armed men in plainclothes in front of his house on 16 September. A group of more than 20 armed men then raided his home, confiscating the family's cash and cell phones. Sang's whereabouts remain unknown; his family is gravely concerned for his health and well-being. Please pray for the Church in Burma.

Release International reports (20 September) that Eritrean authorities have arrested 15 Christians in raids on their homes in the capital Asmara. All have previously been imprisoned for their faith. The believers are aged between their late 20s to 60s. Whilst some have already spent five or six years in prison, others have served up to 16 years. They have reportedly been taken to Mai Serwa maximum-security prison. Previously, in July, the authorities re-arrested three elderly semi-retired pastors. Pastor Girmay Araya (75) and Pastor Samuel Okbamichael (74), both of the Full Gospel Church of Eritrea, were taken from their homes in the middle of the night. Too ill to be taken into custody, Pastor Georgio Gebreab (72) was placed under house arrest. Pastor Georgio previously served five years in prison. Released seven years ago, he has been ill for a long time. No reason has been given for their arrest. Around 160 Christians are currently imprisoned for their faith in Eritrea. Please pray.

EXTORTION: The bandits who abducted 121 students from Kaduna's Bethel Baptist High School in Chikun Local Government Area on 5 July [RLPB 605 (7 July)], continue to extract hefty ransom payments from the Christian community. On 27 August 32 students were released and on 18 September another 10 were released (two on account of illness). In a statement on 23 September, Nigerian police claimed to have arrested three of the 25 gang members believed to be responsible for the Bethel Baptist High School abductions. Another group of 10 students was released on Sunday 26 September, leaving 11 students in the custody of the bandits/terrorists. Please pray.

MASSACRES: Christians in predominantly Christian southern Kaduna are living in a state of permanent crisis. Most recently, on Sunday 26 September, gunmen attacked the Evangelical Church Winning All (ECWA) church in Gabaciwa, Kachia Local Government Area (LGA), killing one worshipper, wounding several others, and abducting 27 church members. On Monday 27 September gunmen attacked the Madamai community in Kaura LGA, killing at least 34 and wounding many others. Also on 27 September eight people were killed and six wounded when gunmen attacked Kacecere Village in Zangon Kataf LGA. Please pray for the imperilled Christian communities of southern Kaduna.

* PAKISTAN: CHRISTIAN CRISIS IN PUNJAB
The Church of the Nazarene has 80 members and is the only place of worship for Christians in Tibba Sultanpur, a Muslim-majority town in the south of Pakistan's Punjab Province. As Pastor Rafaqat Yaqoob and the believers gathered for worship on the morning of Sunday 29 August, a mob of some 200 angry Muslims, led by a cleric from the local madrassa, surrounded the church and demolished its cross. The police were of no assistance. The Christians are now facing a debilitating social boycott. One Catholic advocate suspects the Muslims intend to drive the Christians out and purchase their homes at reduced prices. Please pray.

On 6 September at 2:15pm, while the men were at work, a group of Muslims entered the Shamsabad locality of Lahore's Shera Kot area - home to some 300 Christian families - and fired high-powered weapons at Christian homes. A young girl and at least five other women - including Maria Masih (22) who is 6-months pregnant - were shot and wounded. One man was also shot. Asif Masih (43) was returning home when the shooting started; he has bullet wounds to both thighs and has described his street as being 'riddled with bullets'. Not only were the police exceedingly slow to respond, but they are refusing to record the threats to burn the church or the hate speech hurled at the Christians. Instead, police are insisting, 'It is not a religious issue as is being projected by the Christians.' Despite all the shooting - which targeted only the homes of Christians - the police are refusing to record the case as one of terrorism. This has enormous implications for the pursuit of justice. Under Pakistan's Anti-Terrorism Act, suspects are denied bail, trials are expedited, and the state (not the victims) takes responsibility for the prosecution; meaning victims are not subject to intimidation or reprisals. Please pray.