Middle East (CAM) — An Afghan woman who fled Taliban rule lived the nightmare that tens of thousands of other Afghan refugees are trying to avoid.

Taiba* and her two young children arrived at the office of a Middle East-based ministry exhausted, hungry and destitute after fleeing a Taliban raid on their household, which the new rulers suspected was not sufficiently Islamic. Witnessing the execution of her father and the abduction of her husband, she and her children had to leave home, town and country with only the clothes on their backs.

“They said to my father, ‘Turn around,’ and then shot him as they shouted out, “Allahu Akbar [jihadist slogan “Allah is greater”], and he died,” Taiba said. “They abducted my husband, and I took my two children and fled through Iran by bus.” 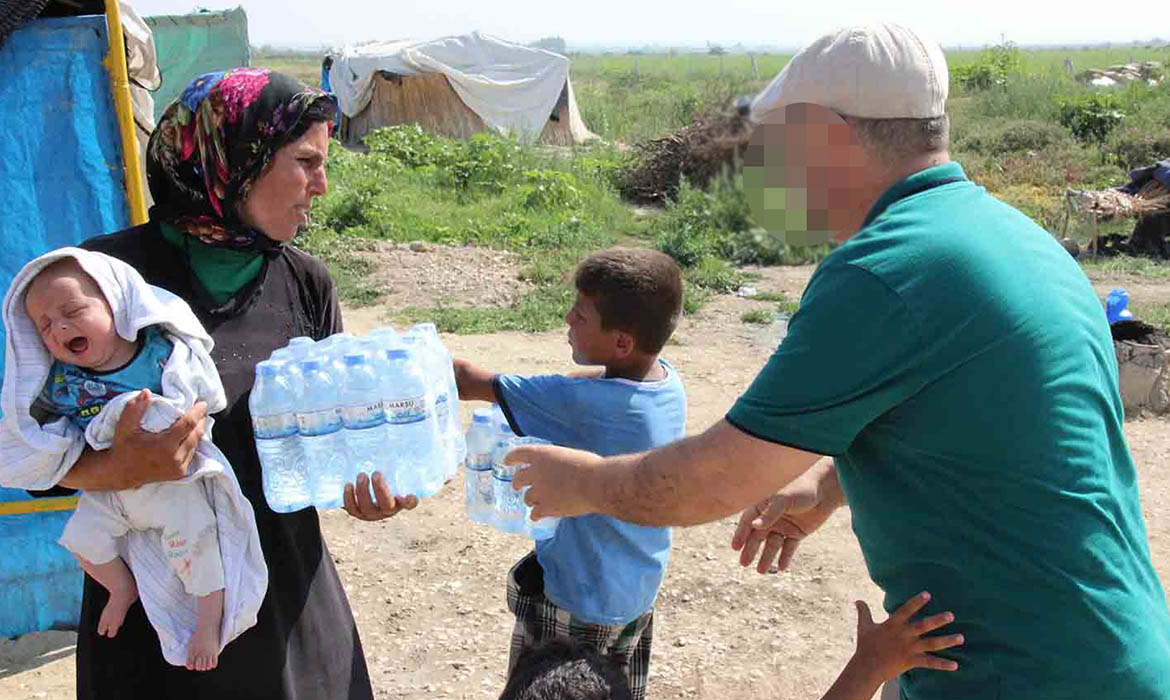 Since the Taliban took control of Afghanistan in mid-August, Afghans fleeing their harsh rule by land have few options; the Taliban control most exit points and have said only those with valid travel documents are allowed to leave – which excludes refugees fleeing in terror without any paperwork.

To the east and south lies Pakistan, which has said it will not accept Afghans after previous waves of refugees turned police and much of society against them; to the north are the largely unwelcoming borders of Tajikistan, Uzbekistan and Turkmenistan; to the west, Iran’s vast border is difficult to control and has long been a key transit route to Europe or the Middle East.

Even before the Taliban regained power, 2.2 million Afghan refugees had already landed in neighboring countries, and 550,000 people were forced from their homes this year, adding to the more than 3 million people who were already internally displaced, according to U.N. figures.

Taiba said the Taliban took everything from their home and killed several members of her ethnic group.

She expressed gratefulness for the local ministry helping her family to buy food. Local missionaries are also helping her and other Afghan refugees pay rent and utility bills as they consider where to go and how to survive, the leader of a local ministry said.

“Taiba shared how she’s decided to believe in Jesus because of the love we’ve expressed to them by providing for their urgent needs,” the leader said. “There are other families with similar stories from Afghanistan.”

Afghan refugees are in worse condition than previous refugee waves from Syria, Iran and other countries, he said.

“Sadly, these Afghans come burdened with more pain and suffering than the others,” the leader said. “But it’s as if God knew this trauma was coming and prepared us for the opportunity; we have two Afghan workers we have discipled, and they are ready to help those refugees fleeing from Taliban dictatorship.”

Many of the refugees have walked thousands of miles and are in deep need of love and mercy, he said. The Afghan workers’ ability to interpret for the refugees has been crucial, aiding in their efforts to help them find food and housing, he added.

Donations from Christian Aid Mission donors have gone toward putting together food packages or gift cards for the Afghan refugees.

The continued influx of Afghan refugees, however, is outstripping expectations and available resources, the leader said. About 100 Afghan families have arrived in need of help, and until they can somehow find work, they need help paying for rent, food and medical needs, he said.

“When we’re helping these people, it’s not only physical food they want, but spiritual food as well,” he said. “So, we recently purchased Afghan New Testaments for them. Some of them sit in our church grounds reading these Bibles, and some have come to Christ.”

One of the Afghan workers aiding Afghan refugees has welcomed Christians among them to his weathered, crumbling apartment for worship, and he helps them meet for services in the ministry’s church building as well.

He knows the cost that Afghans pay for embracing Christ; after he left Islam, his family in Afghanistan cut off all communication with him.

“Praise the Lord that I have a very big family right now; I’m part of God’s people and have a lot of brothers and sisters here,” he said.

Coming to trust in Christ after several dreams and much prayer and study, he has continued feeding his hunger for Scripture with formal study of theology, he said.

“I had a desire in my heart to serve the Afghans. Thank God He provided it, and I have served the Afghans, sharing the Gospel of God with them,” he said.

“God used me to create a home community for Afghans.”

Some of the recent Afghan refugees had to flee their country because they had already committed their lives to Christ, the ministry leader said.

“Others have just heard the gospel,” he said. “Pray that we show God’s love to them so that they sense God’s healing power over their hurts.”