A Christian Indian politician has called on the government of Prime Minister Narendra Modi to do more to protect Christians and other religious minorities from extremist groups.

Margaret Alva, formerly a member of the Indian Parliament and successively Governor of Uttarakhand, Rajasthan, Gujarat and Goa, complained that religious minorities were at risk of becoming “second-class citizens.” 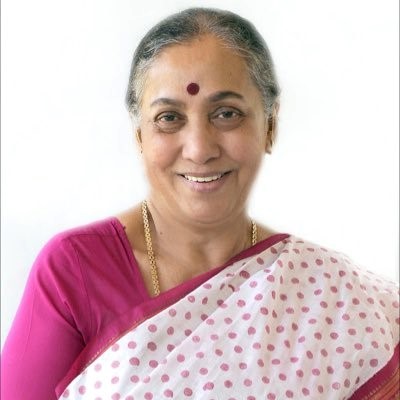 Ms. Alva also argued that the silence of Prime Minister Modi was taken as “tacit approval and encouragement” by extremist elements within Indian society.

The Indian constitution, she added, which guarantees freedom of religion, must be upheld.

Ms. Alva’s intervention comes amidst an increase in attacks against churches and Christian communities across India.

I write to you, the Leader of our great Democratic, Secular, Socialist Republic of India, governed by a Constitution which enshrines the fundamental rights and freedoms of Indian citizens, irrespective of caste, color, race or creed, as a senior concerned citizen who has served my country for 50 years in various capacities.

You are a leader respected nationally and internationally. You travel around the world, calling on world leaders, including His Holiness the Pope, in Rome, proclaiming that India is a free democratic secular state. Your speeches and statements have been praised and extensively reported on, by the global media. Unfortunately, the reality on the ground here, presents a stark contrast to the image you project of India to the global community, especially in the context of minority rights and secularism.

Mr. Prime Minister, across India, highly organized and militant right wing extremist groups are terrorizing, attacking and killing innocent citizens in the name of religion. I am appalled at the recent, widely reported statements, made by some religious leaders calling for genocide of non-Hindus, in order to create a Hindu Rashtra. What is even more shocking, is that there is no response or action either by your Central Government, or the State Government that’s controlled by the BJP, of which you are the undisputed leader, or the local administration, to crack down firmly on this virulent, toxic, hate speech, designed to create insecurity and fear amongst millions of minorities, who live here in the country.

From the early days of our freedom struggle, Muslims, Sikhs and Christians and indeed those from many other religious sects and denominations have fought shoulder to shoulder with our Hindu brothers and sisters, to win our freedom and defend our motherland. My parents-in-law the late Joachim and Violet Alva, were freedom fighters who went to jail and became the first couple in India’s Parliament, she also becoming Parliament’s first woman Presiding officer. There are today thousands of minorities serving the nation in all walks of life, in all parts of the country. Are we now to be treated as second-class citizens?

Mr. Prime Minister, how can you close your eyes and remain silent when atrocities on India’s minorities are mounting? Your silence Mr. Prime Minister, is misread as tacit approval and encouragement to the ever increasing violence and intimidation India’s minorities are being subjected to. When will you speak up and put a stop to this madness and violence?

My home state of Karnataka, where I was born and brought up, has boasted of a peaceful inclusive environment, that has drawn people from all over the world. This Christmas, the State BJP government has gifted us the draconian “The Karnataka Protection of Right of Freedom of Religion Bill” in “recognition” of our services, which has provisions that have been previously struck down by courts and are clearly violative of the Indian Constitution. It makes all minorities, our institutions, practices, services and charities suspect. Personal liberties of privacy, of religion, of marriage, and decision making, are taken away, and the state becomes the arbiter of our personal lives, making us subject to probes, charges, and jail by the state and its officials, who will interpret the provisions of the law and imprison us without trial.

We Christians are a disciplined, non-violent, service oriented community. If we were involved in mass conversions, why is our number under 3%? 200 years of rule by Christian colonial powers and work by so called “missionaries involved in forced conversions” should have shown in our numbers, which have been declining. Why then this false propaganda and violence against us? The work of Mother Teresa of Calcutta, for the poor, the sick and the abandoned, all over the world was hailed by Atal Bihari Vajpayeeji and Advaniji, and has brought honor and glory to India. Even she and her sisters have not been spared, with their funds frozen. Why?

Is this the India our freedom fighters fought for? Our Constitution makers sought to create? And the Father of the nation dreamt of, when he beseeched his countrymen to “wipe every tear from every eye”? Is this the India we have struggled over 70 years, to build?

Rulers and Regimes down the ages have tried to suppress and kill Christianity but it has survived and reached all corners of the earth. It cannot be wiped out in India. We are part of this nation’s fabric.

Indian blood flows in our veins and we are patriotic citizens who have, and will continue to serve our people and help build our motherland. History shows that Christianity has thrived and spread on the blood of martyrs. Christ taught us to love our enemies, do good to those who would harm us and forgive those who would kill us. This we will do, as we pray each day “Father forgive them for they know not what they do”.