Attack in one village burns down 24 houses. 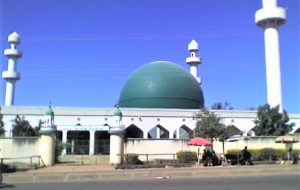 In the two attacks, eight other Christians were reported wounded, and in one village 24 homes were burned down.

The armed assailants ambushed Christians in Dong village, on the outskirts of Jos in Jos North County, on Saturday (Jan. 22) at about 6 p.m., killing four and wounding two others, area resident Rejoice Johnson said.

“Dong, our community, has constantly been attacked by armed Muslim Fulani terrorists in the recent past,” Johnson said. “We need your prayers.”

The unprovoked attacks led to protests on Sunday (Jan. 23). Fulani herdsmen also attacked the area in May, killing seven Christians.

Davidson Malison, a representative of the predominantly Christian Irigwe ethnic group, confirmed the Jan. 11 killings in a press statement, noting that six of those slain were children.

“The Rigwe ethnic nationality has been visited by yet another deadly and lethal attack by Fulani terrorists (as testified by victims that survived) in the early hours of 12 midnight of Jan. 11, at Ancha village,” said Malison, spokesman for the Irigwe Development Association. “The attack, which lasted for over two hours undistracted and unchecked, led to the killing of 18 Christians, with six other Christians injured, while over 24 households with over 100 residential rooms were razed down.”

Cars, motorcycles and harvested food crops also were destroyed and many valuables stolen, he said.

Killed in the Jan. 10 attack was Stephen Monday, 28, and his wife Talatu Stephen was hospitalized with serious injuries, he said.

“Again, the perpetrators are not invisible and untouchable or ghosts but Muslim Fulani herdsmen who have been fingered to be behind these dastardly acts,” Malison said. “Therefore, if rule of law is to be strictly adhered to, then these herdsmen must be brought out instantly and be subjected to face the full wrath of law.”

Christians in Ancha and nearby areas also suffered attacks on Jan. 7, Dec. 31 and Dec. 25, he said, resulting in several deaths.

“The national leadership of the Irigwe Development Association has lost words to convey the state of sadness and broken-heartedness Christians have been confined to courtesy of the acts of barbarism and callousness that have been done to us by herdsmen,” Malison said. “We have called on security agents and the government on several occasions to devise means as well as grab the political will to end the spate of carnage being unleashed on Christians, yet no concrete and tangible efforts have been made.”

Gabriel Ubah, spokesman for the Plateau State Police Commannd, said in a press statement, “We are aware of these attacks, and the police command has deployed armed policemen to the area.”