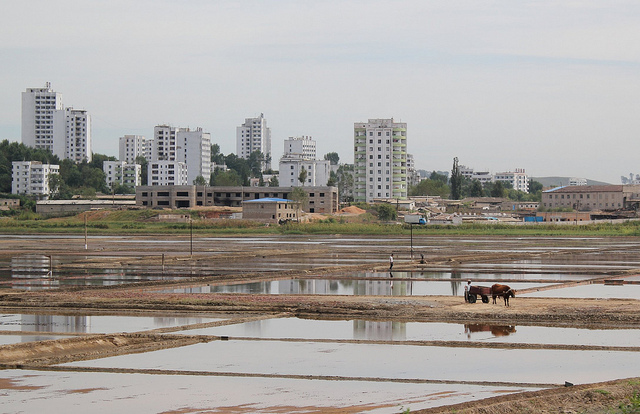 North Korea (MNN) — Yesterday, North Korea fired ballistic missiles into the sea, testing weapons for the sixth time this month. It’s familiar behavior from the dictatorship, famous for oppressing its own people, including Christians.

Experts say the tests are meant to capture attention and pressure Western governments to lower sanctions on the isolated country.

So why has Afghanistan replaced North Korea in the top slot on Open Doors’ World Watch List? Eric Foley with the Voice of the Martyrs Korea contributes to the World Watch List. He says, “What the survey is measuring is really the volume of information that’s available and that we have about the persecution of that country. Also, it’s measuring the change between last year and this year.”

In 2021, the Taliban overran Afghanistan, setting itself up as the government after the departure of U.S. forces. Many Christians fled. But it’s difficult to compare that situation to North Korea. Foley says, “One of the hundreds of survey questions says, ‘Did Christians in your country experience difficulty in registering for marriage as a Christian?’ Well, in North Korea, that would be completely incomprehensible. Because you wouldn’t experience persecution, you’d experience execution.”

Best estimates place about 100,000 Christians in North Korea. Foley says, “But if you were to ask any one of them about what other Christians were facing in other parts of North Korea (other than their own village or city) they would have absolutely no idea. The complete picture on persecution only can emerge in a place like Afghanistan, where communication is still possible.”