The United States Commission on International Religious Freedom (USCIRF) marked the fourth anniversary of Leah Sharibu’s abduction at the hands of the Islamist militants on 19 February by renewing calls for her freedom. She is one of thousands of Nigerian Christians who have been kidnapped by Islamist militants, and often held for months or years.

On 19 February 2018 14-year-old Leah was kidnapped from her school in Dapchi, Yobe State, northern Nigeria alongside 110 other girls. Although all the other girls were subsequently released (apart from five reported killed in the abduction), Leah has remained in captivity for refusing to renounce her Christian faith and convert to Islam. Leah was the only Christian among those abducted.

While held captive Leah has been forced into marriage with a Boko Haram commander and has since given birth to two children. 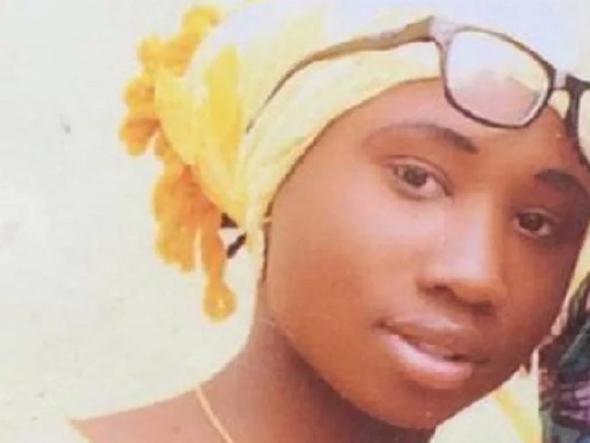 Leah Sharibu before she was abducted in 2018. The terrorist group refused to release her because she would not renounce her Christian faith

Church leaders in Nigeria called for prayers for Leah’s freedom on Sunday 20 February. Primate of the Anglican Church of Nigeria Most Rev Henry Ndukuba condemned the ongoing killings and kidnappings of Christians and wondered why known perpetrators have not been apprehended. He appealed for justice for the victims and people whose villages are attacked, urging Christians never to relent in prayer.

USCIRF Commissioner Tony Perkins called for Islamic State in West Africa Province (ISWAP), a breakaway group from Boko Haram, to free Leah. ISWAP is thought to be the largest militant Islamist group operating in northern Nigeria. USCIRF has recommended that the US Department of State redesignate ISWAP as an “Entity of Particular Concern” for engaging in systematic, ongoing, and egregious violations of religious freedom.

In September 2021 the UK’s All-Party Parliamentary Group on Religious Freedom and Belief “adopted” Leah as one of four prisoners of conscience to advocate on their behalf.

USCIRF strongly contested the State Department’s decision to remove Nigeria from its list of designated “Countries of Particular Concern” in November 2021. The Christian Association of Nigeria was “at a loss” to explain why Nigeria has not been listed by the US as a violator of religious freedom.

Numerous kidnappings and killings of Christians at the hands of Islamist militants continue to be reported in Nigeria’s northern and Middle Belt states. In recent weeks 22 Christians have been killed in Islamist attacks in Plateau and Borno states, and over 20 women and girls were abducted from Chibok Local Government Area, Borno State.

It was from Chibok that Boko Haram extremists abducted 276 girls, mostly Christian, from a secondary school in April 2014. More than a hundred of the girls are still in captivity.

Cry out to the Lord for Leah Sharibu to be finally released by her captors. Pray that her faith will remain strong and that she will know her Saviour’s comforting presence in the ongoing ordeal.