A convoy of 22 trucks loaded with heavily armed jihadists thundered into mainly-Christian Kukawa town, in north-eastern Nigeria, with the militants taking hundreds hostage in a raid on 18 August.

The heavily armed Islamic State West Africa Province (ISWAP) terrorist group, an off-shoot of Boko Haram, captured local people as they fled and launched an attack on a nearby military station protecting the town. 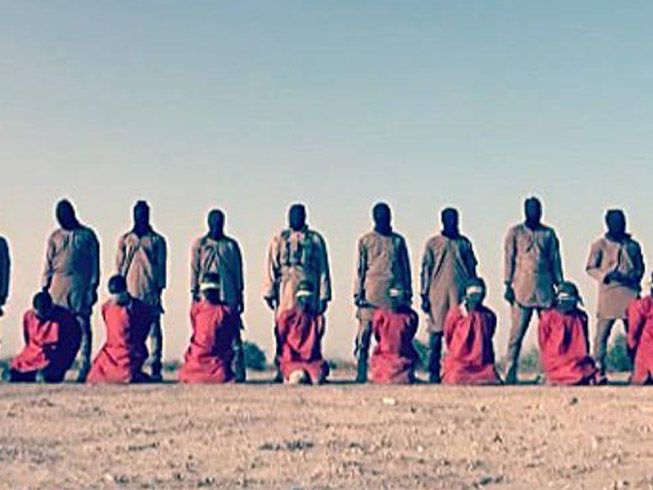 The 1,200 residents had only recently returned to their home town in Borno State, near the border with Lake Chad, after spending two years in refugee camps 120 miles to the south in Maiduguri, the state capital.

A local community leader, who escaped capture, lamented that the residents had returned full of hope to restart their lives and cultivate their farmlands “only to end up in the hands of the insurgents”.

Local government authorities had declared the town safe and ordered the residents to return under a military escort.

In the past two years, some two million internally displaced people (IDPs) have been repatriated to towns in the north-east. But despite security forces’ claim to have defeated the terror groups in the region, many IDPs are wary that jihadists still have a foothold and it remains unsafe for them to return to their homes.

In July, Nigerian pastor, Joel Billi, called for urgent action to be taken to halt the relentless Boko Haram killings, abduction and rapes in the north. The Christian leader who is head of one of the region’s largest Christian denominations, Church of the Brethren in Nigeria (EYN), said that more than 8,370 church members and eight pastors had been killed, with countless more abducted during the insurgency, and some 700,000 displaced.

Pastor Joel described a statement made by President Buhari on 12 June as “unfortunate, misleading and demoralising”. The politician had claimed that “all local governments” taken over by Boko Haram insurgents in Borno, Yobe and Adamawa States “have long been recovered” and their people returned to ancestral homes.

The pastor countered, “The fact on the ground is this; EYN had four District Church Councils prior to the insurgency in Gwoza Local Government Area of Borno State [of] which none is existing today.”

In a recent report focusing on the impact of the jihadi insurgency on children in Adamawa, Borno and Yobe states, the UN stated that 7.1 million people, including 4.2 million children, needed humanitarian assistance in north-east Nigeria by the end of 2019.